The building construction in Lefkas is one of the most interesting approaches throughout the Hellenic area as well as abroad. The reason lies in the dual construction form. It is actually a study on the unlimited opportunities, as far as the building construction is concerned, of the pre-industrial era as well as the aftereffect of the greek construction tradition throughout the centuries, combined with the aquatic character of the region over which it was created: on actually floating surroundings. Its static system, in particular, within which the two materials (stone and wood) were used statically independently is apparent only to Lefkas. The specific system, along with a wealth of variations, remains immune to the strongest of earthquakes.

For the first time in modern history there is a reference to mixed building structures in the description of the 2nd of October 1613 earthquake, where it is noted among others that: “any houses built with wood timbering in the area of Agia Mavra had their roof tiles collapsed and smashed, whereas any stone buildings cracked from top to bottom, collapsed and had their roof tiles smashed too.” (note: Priest Nik. Zambelios, 1613).

The foundation type of the stone construction, going back to prehistoric times, as well as the way of attaching the wooden superstructure with the Pontelarisma and the naval architecture techniques, create conditions enabling the humble buildings of Lefkas to face the strongest concussions successfully and resist vigorously against the repeated decline.

Being fully aware of the parameters of the Lefkas construction and morphology, I believe that K. Sklavenitis’ depictions transform a technical issue into a visual one, striking the most sensitive chords with all of us who grew up in the alleys of Chora and were bathed in the Ionian mistral. 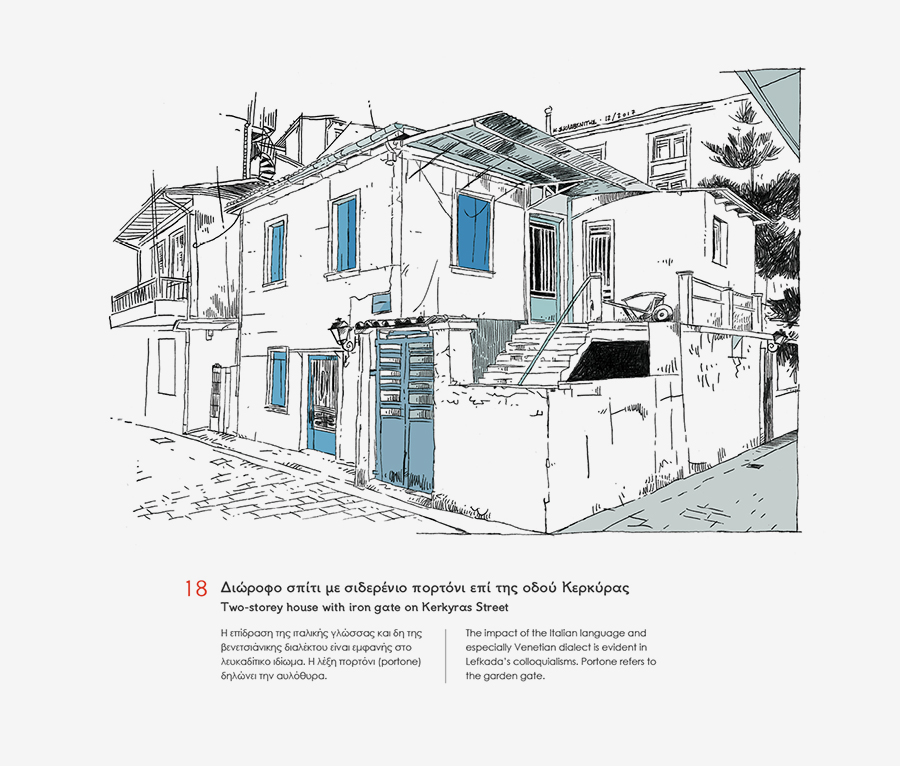 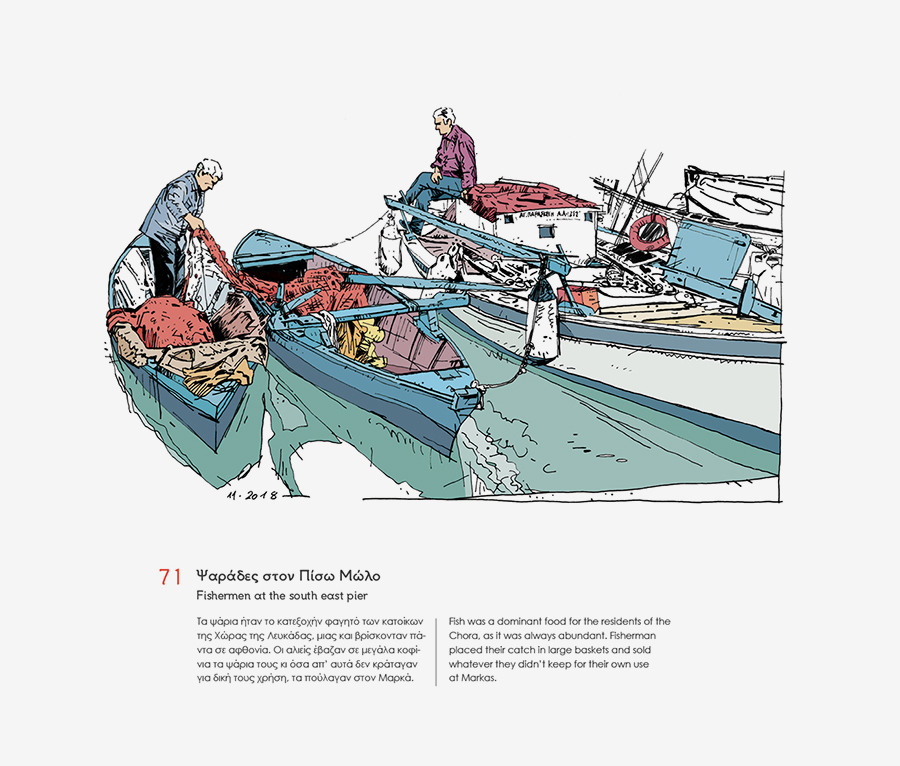 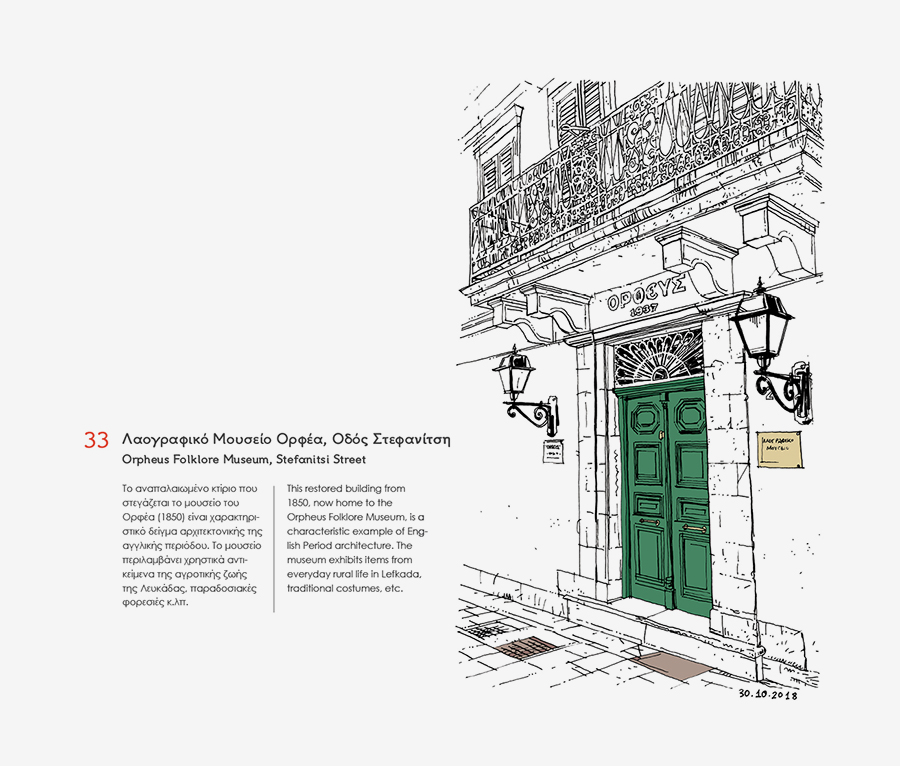 Lefkada - A piece of Greece to take home

Lefkada, a journey in time

Lafcadio Hearn: The folklore of affection

The flora of Lefkada