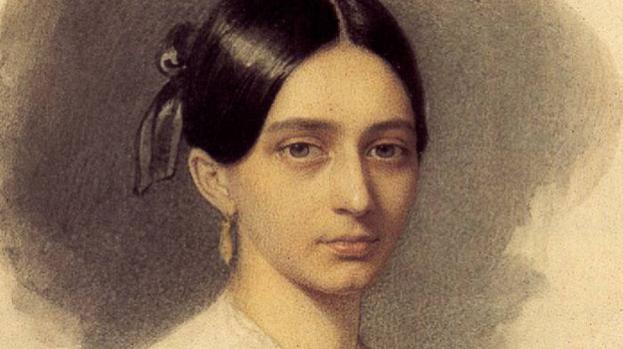 5 of the best works by Clara Schumann

Charlotte Perkins explores the music of the Romantic composer

Clara Schumann was a celebrated pianist and prolific composer, but her work has often come second to that of her husband, Robert Schumann.

The couple had a passionate relationship, which, strengthened by their mutual love of music, overcame legal battles and criticism alike. However, Clara’s role has traditionally been seen as that of her husband’s helper, leaving her own works in the shadows. Exploring Clara’s surviving compositions reveals a range of music, from lieder and fugues to chamber and orchestral works, each expressing her distinctive style of composition.

Clara Schumann’s work has often been marginalised through claims that works published under her name were written almost entirely by her husband. An example of this was the couple’s Liebesfrühling (Love’s Spring) published in 1841, which features nine songs by Robert Schumann and three by Clara. Her pieces were in fact more popular with the public than his were: Lienst du um Schonheit’s expressive simplicity has a lyrical beauty that is mirrored in Warum willst du and `re fragen.

Clara Schumann completed her Piano Concerto when she was only 16, and the work is brimming with all the ideas of an aspiring composer. The first movement is bold, with a defiantly original voice that explores the virtuosic range of the piano. The Romanze has a more mature aesthetic, revealing what will later flourish into Clara’s sweeping romanticism. The spectacular ending of the final movement has all the optimism of youth – a triumph despite its rough edges.

Written ten years later, the Piano Trio in G minor is an expansion on the Piano Concerto. The work has an effusion of character, from the stately waltz of the Andante to the dancing motif of the second movement. The sophisticated fugal writing combined with the ease of chromatic harmony makes for a finale that is a dynamic journey between dark and light.

Variations on a theme by Robert Schumann, 1855

The Schumanns relationship was extremely close: they kept a joint marriage diary, which details the intricacies of married life. This intimacy is mirrored in Clara’s music – her use of his theme an exploration of their joint passion for composition. The seven movements gradually delve into the theme, transforming it from the gliding romantic interpretation of the third variation to the blazing force and anger of the fifth. The seventh variation is a perfect example of Clara’s writing: the music has an intricacy that transforms the simple melody into an exploration of mood and emotion.

The chamber work Drei Romanzen is considered to be among the best of Clara Schumann’s compositions. Each of the three movements is a demonstration of her original voice: the sweet languidness of the Andante molto with its sense of underlying urgency is at odds with the characterful Allegretto. Clara’s full maturity is reached in the darting complexity of the final movement, with its contrasting musical styles and eloquent lyrical charm.