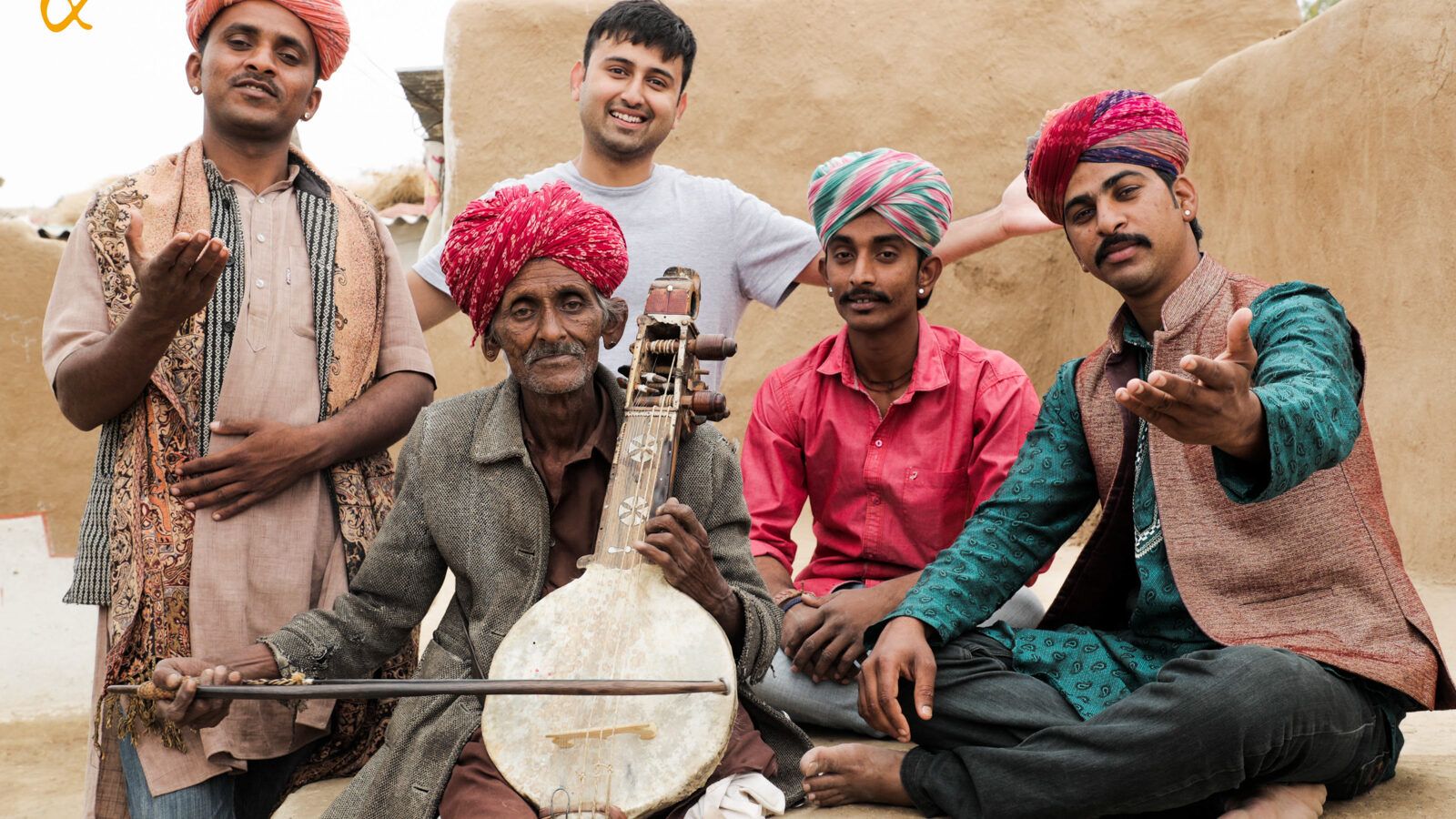 WHY YOU SHOULD CARE

In 2016, Abhinav Agrawal set off to Rajasthan to record folk musicians on the go and set them up with CDs, a website, videos and business cards free of cost so they can market themselves. His first find was Dapu Khan of the Merasi heritage community in Jaisalmer. But after Agrawal returned home to New Delhi, he couldn’t contact Khan. “We suddenly saw an article in the paper that claimed he had died as a result of communal violence,” says Agrawal. Heartbroken, the musician-entrepreneur headed to Jaisalmer to look for Khan’s son, who began to cry the moment they met. As Agrawal consoled him, Khan’s son was surprised to hear his father had died. “But he’s in Germany, performing!” The tears were of joy and gratitude, and Agrawal’s experiment of empowerment had succeeded.

India’s countless folk communities are in dire need of funding and technical and creative upskilling to relativize themselves in an increasingly globalized world. Live and festival-centric performances, which is all these musicians have known through generations, barely bring in money, and an online presence has become mandatory for creative mileage. Many music traditions are dying out, with practitioners taking up menial labor to make ends meet. And the pandemic has dealt a fatal blow, with performances off the table for the foreseeable future.

Cue 28-year-old Agrawal, whose passion for folk music birthed the nonprofit Anahad Foundation in 2012, and the creation of the BackPack Studio that remains one of a kind in India. Developed by Latin Grammy winner Gael Hedding for Anahad, the portable recording studio is a high-quality wireless recorder with 12 mics that can run on battery for three days and shoot 4K videos. It’s designed to meet rural Indian challenges such as lack of electricity and the unwillingness on the part of musicians to leave their hometowns (and daily livelihoods) to travel to studios in cities.

WHEN COMPONENTS OF NATURE LIKE THE TREES AND BIRDS BEGAN TO DISAPPEAR, THE TRADITION OF SINGING SONGS ABOUT THEM ALSO BEGAN TO DIE.

“Our folk traditions are disappearing because of environmental, political and socioeconomic factors,” he says. Anahad, meaning “limitless,” is also aimed at preserving India’s oral folk traditions, and has extensively covered artists from Himachal Pradesh, Jharkhand, Karnataka, Punjab and Rajasthan — helping 6,000 artists in all.

Born and raised outside New Delhi in the historic city of Bulandshahr, Agrawal is a trained classical vocalist and tabla player, and was heavily influenced by folk songs. Much of the region’s traditional music revolves around nature and seasons, and Agrawal “felt closer to nature through music.” Growing up, his town was very green, but rapid urbanization adversely impacted its scenic beauty. “When components of nature like the trees and birds began to disappear, the tradition of singing songs about them also began to die,” Agrawal adds.

The BackPack Studio is designed to meet rural Indian challenges such as lack of electricity and the unwillingness on the part of musicians to leave their hometowns (and daily livelihoods) to travel to studios in cities.

With architects for parents, Agrawal also studied architecture but combined his love for nature and heritage by exploring the connection between music and urban spaces, because “architecture is frozen music.” He formed an open music society, experimented with folk songs and set off on lengthy train journeys recording traveling artists and burning CDs for them. “All I had was a laptop, mic and sound card,” says Agrawal. “But an interesting pattern emerged — these artists began to sell out their CDs.”

He formed Anahad soon after, but the reality of running a nonprofit in India proved daunting. “I realized I needed business knowledge,” says Agrawal. He headed to Berklee College of Music for an advanced degree, writing a thesis on how to design a music-based nonprofit in India. His organization now attacks all elements of a musician’s life, from approaching event promoters to legal tutorials. The idea has always been to empower these musicians toward dignified livelihoods as opposed to giving them handouts, which is unsustainable. Many singers have broken down in tears listening to their playbacks because they couldn’t believe how beautiful they sound.

“Abhinav is an exceptional visionary,” says Hedding. “His greatest strengths are his determination and a strong work ethic, although these can also be weaknesses when overworking gets in the way of personal life.” The work that Anahad has done to support folk artists is much needed, he adds, and will “inspire others to do the same in other parts of the world.”

Anahad and his team with artists in Jharkhand.

Having raised some $400,000 over the years from the likes of Google as well as author and philanthropist Sudha Murthy, Anahad is now developing its own music distribution system via an app that will allow artists to earn through streaming. The music traditions of other Indian states are also waiting to be discovered and preserved. For Agrawal, the possibilities are truly limitless. “His compassion for artists is beautiful, with no sense of envy despite being a musician himself,” says partner and Anahad managing director Shuchi Roy. “At the same time, he is very tactical in thought.” Roy, who is a lawyer and has practiced in India’s Supreme Court, handles all copyright and intellectual property issues for the nonprofit.

Like a musical score, Agrawal’s journey has had its highs and lows — his music society’s first-ever recording that is yet to be released because the lead singer died a week after recording; dealing with depression after returning to India from Berklee in 2016; and making it to Forbes’ 30 Under 30 list last year. “Whenever I’m frustrated with work, I play my music and instantly feel better,” he says. “Now I carry my guitar everywhere.”