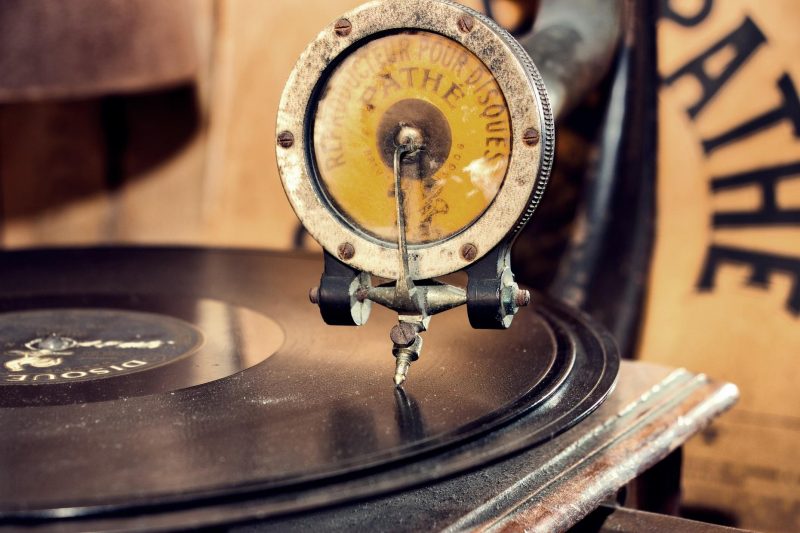 Historic Labels: An Enlightening Sonic Window to the Past

Looking for a time-traveling adventure? Dive into the world of historic recordings.

The most dramatic evolution in the classical recording industry has also been the quietest — partly because the most glamorous figures involved are long-ago deceased.

Technically, Arturo Toscanini (1867–1957), Leopold Stokowski (1882–1977) and Wilhelm Furtwängler (1886–1954) are indeed dead. But technologically, they’re more alive than ever among the prestigious handful of historical recording labels (chief among them Pristine Classical) — so much so that a fellow collector I know is afraid to open the door to historic recordings for fear that he’ll never come back.

Once a rag-tag footnote on the recording landscape, historic labels still tend to be one- or two-person operations, but now have a more mainstream polish enhanced by stylish packaging and sound greatly improved by advanced technology — not the sort that puts the music into a filtered netherworld, but achieving levels of detail that allow you to hear what sounds like Furtwängler turning his score pages in the 1949 Ring Cycle at La Scala.

A key factor here is copyright expiration: Outside the U.S., it’s 50 years, which means that remastering wizards can have their way with vintage recordings. Inside the U.S., the possibility of downloading from Europe means that we aren’t barred from hearing these refurbished performances. Yes, there’s the moral argument that money is being made off these deceased artists, but there’s so little profit in this niche market that Immortal Performances in Canada is classified as a not-for-profit entity. Perhaps the others should be. From beyond the grave, I suspect the artists are pleased to be heard in such improved sound. Reputations are resurrected — and improved.

Pristine — based in rural France near Marseille, but run by the British Andrew Rose — just released its 999th recording: Stokowski’s 1932 live U.S. premiere of Schoenberg’s gargantuan Gurrelieder, a famous, long-known-about performance, but one not always heard all the way through, despite the best efforts of some of the world’s best sound conservationists. The sound was always all there, but your ear had to search for it, which can be fatiguing over the long haul. With this remaster, suddenly the decades fall away. You’re almost in the concert hall.

The ingredients for Pristine’s releases include finding superior sound sources, making the best of them, and applying an alchemy known as XR remastering. One doesn’t quite know what that is, but if you want to use cinema terms, it seems to broaden the sound picture, as if the camera is pulled back a bit, giving some space around the sound so that it has more room to breathe. Details emerge from what was formerly a more homogenous sonic soup.

You listen less critically, always checking your responses with that philosophical loophole that the past is a foreign country and things were done differently there. Objectively speaking, though, some elements show the performers coming to terms with a piece that had only come into being 19 years previously. Though remarkably accomplished, tenor Paul Althouse and soprano Jeanette Vreeland give performances that have much to enjoy but are provisional — with some occasional vocal navigation issues.

The clarity of the recording reveals Vreeland, for example, scooping up to the high B at the climax of “Du sendest mir einen Liebesblick” with slightly-shrill desperation, only to have the orchestra converging on the vocal line in one of the typically-magical moments of a Stokowski performance. The young Rose Bampton delivers the impassioned singing as the Wood Dove (this is the great singer of the cast), though the speaker Benjamin de Loache delivers a strange approximation of Schoenberg’s sprecht-stimme vocal technique that must’ve been almost impossible to parse for singers who barely knew this innovation existed. What one does hear is echos of the now-antiquated, melodramatic sense of theater that dated back to Sarah Bernhardt (who had died only nine years before).

Why take the good with the bad in this 1932 performance when other, later, live recordings of Stokowski conducting Gurrelieder exist? Some collectors want both. But the earlier recording represents a version of The Philadelphia Orchestra that Stokowski had built since his 1912 appointment, and the kind of values he cultivated were exactly right for the ultra-lush Gurrelieder that had been premiered 19 years before. One of the hallmarks was unsynchronized bowings, and in this new remastering, you can truly hear the effects of that. Textures are lush, but also have an inner sense of constant movement and the feeling of a buoyant salt sea. Oboe solos are by the legendary Marcel Tabuteau. Stokowski’s identification with the music’s descriptive elements is staggering — in a performance that a great sense of occasion.

The fact that such a high-budget operation was in 1932 — the depths of The Great Depression — feels brave, quixotic, and a bit mad. Gurrelieder was spread over 14 bulky 78 r.p.m. discs (the LP record was still nearly 20 years away) that cost the modern equivalent of $500-plus, according to the Pristine notes by remastering producer Mark Obert-Thorn (Pristine’s primary sound wizard). Just getting it home from the store must’ve required a wheelbarrow. But history was made here — and it’s a history that’s worth revisiting throughout one’s listening life with convenient, modern, fresh-fidelity sound files.

However formidable this project was for Pristine, it was not as daunting as some of the reclamation efforts in the historic recording world. Sometimes the only surviving sound sources are from what was then experimental (and long-replaced) technology from which information must be extracted. Live Toscanini opera performances at the 1930s Salzburg Festival — offering a window on European performance practice shortly before the destruction of World War II — were preserved on something called a selenophone, which recorded sound on film.

A few different labels have taken up that cause, including Pristine and Immortal Performances, both of which have also concentrated on Toscanini’s 1930s New York Philharmonic recordings that survive on badly-deteriorated acetate discs, but are often interpretively miles above his later fast, rigid NBC Symphony recordings.

Some labels unofficially draw the line at pre-1925 recordings made before the invention of the microphone. But not the Marston label, which tracks down recordings made at the dawn of recorded sound (1900, roughly) that often survive in only one copy. New technology addresses issues such as fluctuating pitch. The result is handsomely-packaged, intelligently-notated box sets with the complete recordings of giants, ranging from pianist Josef Hofmann to soprano Lotte Lehmann. These listening adventures can be like examining dinosaur bones when it comes to huge, eccentric personalities such as Vladimir de Pachmann, who sometimes couldn’t stop chattering during concerts and recording sessions.

The Canadian St-Laurent Studio label is a natural home for Francophile collectors, who often have a particular attraction to performers from 1950s Paris. The French capital was fairly self-contained in the years following World War II, and thus offers a window on a distinctive performance practice in which singers were more concerned with projecting words than making a loud, lush sound, and pianists favored precise objectivity tempered by easygoing charm. Current artists like Alexandre Tharaud make greater sense when you already have the little-known but influential (and hugely enjoyable) Marcelle Meyer (1897–1958) in your ears. I particularly love the “Raretés françaises” series, which brings together seldom-recorded artists (such as Lazare-Lévy) who don’t quite warrant a disc of their own.

The also-Canadian Immortal Performances issues well-known live Metropolitan Opera recordings (most recently a 1968 dream cast of La Forza del Destino), but its hallmark is live recordings loaded with distinguished personnel that only survive in incomplete form (such as a 1946 Buenos Aires Parsifal conducted by Erich Kleiber). Immortal Performances knocks them into releasable shape by editing them together with other performances of the same piece by the same artists.

The San Francisco-based Opera Depot has some 2,000 live, mostly-post-World War II opera recordings that are pretty much as-is from a remastering standpoint, but always with warnings about inferior sound and gaps in the performance. The catalog is a continuous stream of worthy, never-previously-available productions from operatic capitals such as London, Buenos Aires, and Vienna, often with great artists performing great roles that they never recorded commercially.

All of them have their hobby horses and rabbit holes. St-Laurent champions the Lithuanian pianist Vlado Perlemuter, presenting multiple performances of his small-ish repertoire. Pristine completely lost me in the three volumes of composer Harl McDonald (1899–1955), whose music is so literally descriptive that it’s like film music for a movie that wasn’t worth making. Marston’s Landmarks of Recorded Pianism series has a fascinating studio outtake of Brazilian pianist Guiomar Novaes having an extended diva fit in multiple languages in which she was clearly bent on breaking her contract with Vox Records.

What brings me back to Pristine time and again is its discovery of new sound sources, download options, regular once-a-week releases, and an easily-navigated website. Particularly exciting was a series of secretly-recorded Boston Symphony Orchestra concerts from the 1940s that had better sound than the official RCA recordings.

Among the other labels: The mail-order mecca for many of these historic labels is the Vermont-based Norbeck Peters & Ford, where collectors are richly rewarded for their patience with Marston’s and Immortal Performance’s once-every-few-months releases. There are no download options, but you wouldn’t want to be without the packaging of either label, which is full of valuable information you would be hard pressed to find anyplace else. In fact, Immortal Performance’s founder Richard Caniell has so much integrity that he’ll send out revised and improved remasterings of previous releases you have purchased, and at nominal cost. St-Laurent has a dozen or so releases that arrive in clumps at irregular intervals, and offers download options. Opera Depot has great sales, often celebrating the birthdays of deceased divas. Complete opera downloads cost no more than your average latte at Starbucks (as Depot founder Andrew Whitfield, who is also a conductor, tends to point out).

During the lockdown, historic recordings became more important than ever to me. Not only do recordings of the past explain a lot about the present, but unlike our current artists, they won’t ever be back. On one of the last days of normal life (March 12), I swung by Academy Records on 18th Street, having just emerged from dental surgery and looking for some good music for when the painkillers wore off. Little did I know what was coming in the next 24 hours. Suddenly, my newly-acquired copies of Pristine’s 1920s Wagner recordings became my new best friends, speaking to me from the distant past and reminding me that if these artists can survive the considerable ups and downs of the 20th century, I can do the same in our 21st.