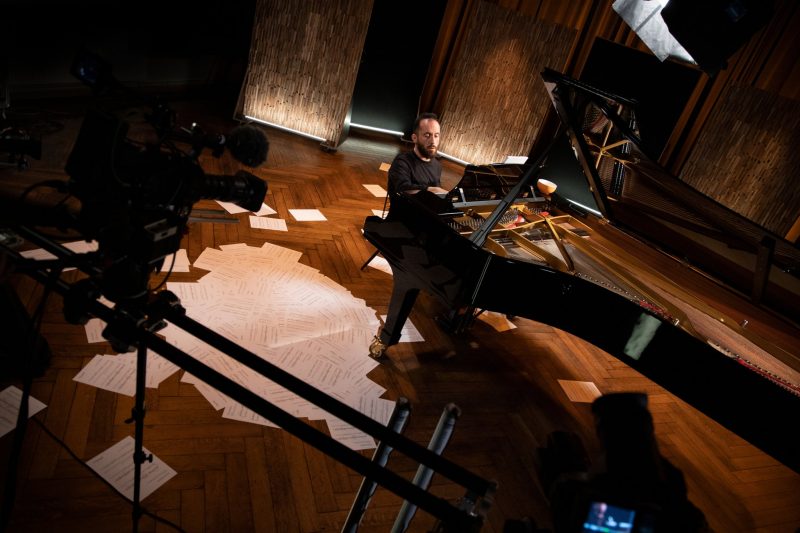 Playing Satie’s ‘Vexations’ To Evoke The Spirit Of Our Times

The pianist Igor Levit playing  Erik Satie’s  “Vexations” in a marathon livestream from a studio in Berlin. Stephan Zwickirsch

The pianist livestreamed “Vexations,” a solo of four lines repeated 840 times, to evoke the crisis facing artists during the coronavirus pandemic.

The pianist Igor Levit is always one-upping himself. His recordings have swollen from a collection of four Beethoven sonatas to the entire cycle; his performances, from a traditional recital to, as of Sunday, a livestream lasting over 15 hours.

In an extraordinary act of musical self-flagellation, Mr. Levit played Erik Satie’s “Vexations” — a mysterious and absurd work consisting only of four lines repeated 840 times — to evoke and draw attention to the difficulties facing artists during the coronavirus pandemic. (Each iteration was printed on a single sheet of paper; they will be auctioned later to raise money for out-of-work musicians.)

“Vexations” performances are extremely rare, and typically presented as a roughly 19-hour relay with a long roster of pianists. But Mr. Levit — accomplishing the unthinkable, if inadvisable — did it alone in a Berlin studio, starting at 2 p.m. on Saturday and finishing at 5:30 a.m. Sunday, relatively early even with scattered intermissions.

If Mr. Levit’s traversal, paid for using the $300,000 Gilmore Artist Award he received in 2018, was brisk, it was only for small stretches. The tempo direction is “très lent” (“very slowly”), which he started with and often returned to. But there were flashes in which he hurriedly pecked the keyboard as if jaded and exasperated, understandably dropping notes along the way.

“I got so tired that literally my fingers stopped moving,” Mr. Levit said in an interview on Sunday. “Maybe a chord came a second late, but nobody died because of it. I’m OK with that; it’s part of the performance.” 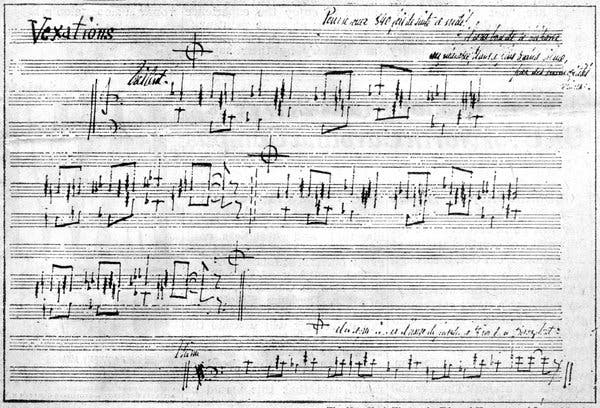 The score of “Vexations.”

At no point, he said, did he feel like he wasn’t going to finish. And he avoided scaring himself beforehand with the piece’s history, like in 1970 when Peter Evans quit after 595 repetitions, claiming to have had evil thoughts and visions. Pianists who take on “Vexations,” he later said, “do so at their own great peril.”

Mr. Levit may have felt confident, but his facial expressions betrayed frustrated exhaustion. He sometimes slouched or stared emptily into the distance, or held a palm to his reddened forehead — given a persistent sheen by sweat — as if in despair. The fascinating livestream occasionally slid into something more disturbingly voyeuristic, like witnessing a private crisis of faith and bracing for it to all go wrong.

But it didn’t. If anything, Mr. Levit found renewed focus near the end, returning to a slow, even drawn-out tempo for what is inevitably an anticlimax. When I heard “Vexations” at the Guggenheim Museum in 2017, the audience didn’t realize it was over until the pianist stood up from his bench.

There was clearer finality in Mr. Levit’s performance. He had been tossing the sheet music of each repetition onto the floor, and once he got rid of the last one, he slowly closed the lid of the piano, held his face in his hands and walked away, nonchalantly picking his iPhone off a side table on the way out.

He slept for only a few hours before resuming his Sunday as usual. In the early evening, still riding a high from “Vexations,” he spoke about his experience with it and what might come next. Here are edited excerpts from the conversation. 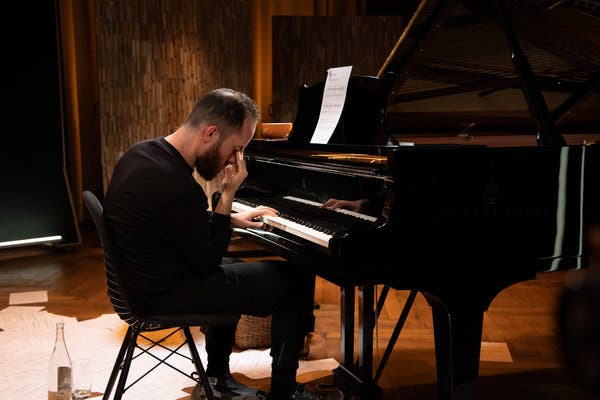 Where do you even start with preparing for this?

From the beginning of planning to the concert was about three and a half or four weeks. And I didn’t train for it at all. I tried to play it at home, but without pressure and the actual thing happening — honestly, I got bored. There was no point of just playing it.

There couldn’t have been any emotional preparation, but I did have a musical goal. I told myself: I am not playing performance art, not stoically in the same tempo. I wanted to just let myself go, to do as much as I could to make it like a piece, like storytelling.

Did it leave you in any sort of pain?

I’m not making this up: I’m feeling really good. I have no back or hand issues, no headache.

There were moments of anger, there were moments of fear, sadness, devastation. But these were touchable moments for me more than anything psychological. In the middle, I looked at where I was and thought: There are still 590 to go, what the heck? It took me about half an hour to get through that, but it was really the only moment where I thought, not that I wasn’t going to make it, but that I was annoyed.

I just let myself go. And I wasn’t thinking about questions about the dynamics; it was just following my emotions. Sometimes that was just counting every single number. But there were also moments where I was thinking about how I’m playing this piece while the U.S. is burning. This country I love so much — I felt a great level of despair and anger. I can’t tell you that it translated into the music, but it at least translated into me. A very long part of the performance was driven by this thought.

Were you keeping up with the news during the intermissions?

This was the first time since the bloody iPhone was invented that I didn’t have it with me for 16 hours! But I had seen the news from Minneapolis the night before.

Then what were you doing when you weren’t playing?

Peeing. Sorry if that’s not a good answer. But I was drinking water all the time, probably five and a half liters at least. I was really sorry to have to stop. I do not like intermissions; it’s really hard to stand up. I wish I could play concerts without them.

I honestly don’t know. This morning, my friends came over for coffee and I opened my iPad and Googled “the longest piano pieces ever.” And 90 percent of what comes out is Sorabji. Then Frederic Rzewski’s “The Road,” which is an incredible cycle. He once told me it’s like “War and Peace” music.

So you’re not going to just take a break.

Are you kidding? Of course not.