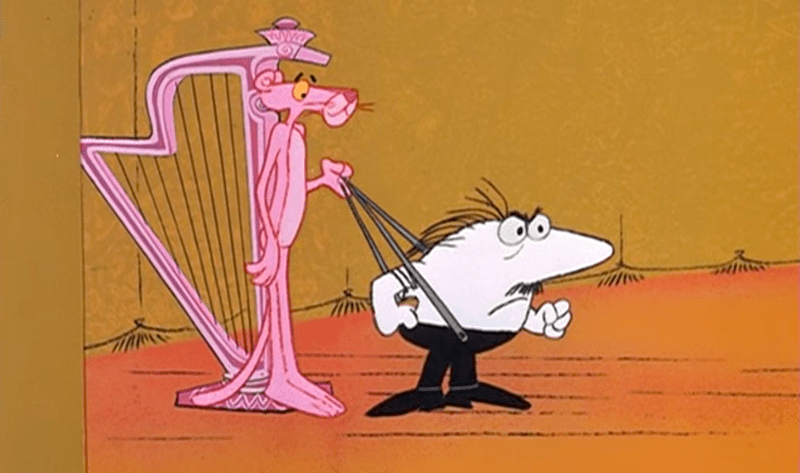 5 Cartoons That Had Some Serious Fun With Classical Music

If you’re at least old enough to remember doing a book report without access to the internet, then you’ve probably indulged in a throwback cartoon session. You know, those Warner Bros. and MGM classics featuring characters like Bugs Bunny, Elmer Fudd, and Tom and Jerry. And what’s the one thing that threads a lot of these toons together? The music. Specifically, music you might hear on any given evening at a major concert hall in the country.

So what’s up with the preponderance of classical music in these animated film shorts? That’s just the question Houston Public Media’s Dacia Clay and director of the National Orchestral Institute and Festival Richard Scerbo investigated in an episode of HPM’s Classical Classroom. In short, here are three factors that made these pieces ripe for these cartoons:

Be sure to listen to the full episode. But before that, check out these examples to remind yourself how much music enhanced those cartoons.

Can a cartoon be “enhanced” by music if that’s really what its all about? This Silly Symphonies short from Disney is about a young forbidden love between a violin* from the Land of Classical and a saxophone from the Isle of Jazz. Their interactions drive the two nations to war, but then they step back and chill out after they learn to respect all kinds of music. Classical pieces of note include Beethoven’s Eroica and “Flight of the Valkyries” from the second opera in Wagner’s’ Der Ring des Nibelungen.

In which Bugs Bunny escapes the obsessed Elmer Fudd by escaping into a production of Il Barbiere di Siviglia at (presumably) the Hollywood Bowl. Obligatory antics ensue, and this cartoon goes all in on a creatively animated scalp massage.

Liszt’s Hungarian Rhapsody No. 2 is used as the soundtrack for the construction of a skyscraper. In a display of peak romantic old-timey aesthetic, a foreman “directs” the construction workers, as the Rhapsody provides many a musical cue. As Scerbo pointed out, Rivets is a prime example of studio composers creatively rearranging these tunes to match the action on screen. This short was directed by Friz Freleng, who also used the Liszt piece in a follow-up cartoon, Rhapsody Rabbit.

Fantasia is “serious.” “A Corny Concerto” is not. It’s a parody of the Disney favorite, featuring music by Tchaikovsky (Piano Concerto No. 1) and Strauss (Tales from the Vienna Woods and The Blue Danube). And a few Bugs Bunny hunting escapes, too.

This one is a bit outside of the classical-cartoon heyday, but still hits the sweet spot of finding a humor in subverting a well-known piece while poking fun at the perceived stiffness of classical politics. The work in question? Beethoven’s Fifth. The Pink Panther strolls onto the stage and, after multiple attempts, replaces the conductor to lead the ensemble in the performance of Henry Mancini’s iconic theme.