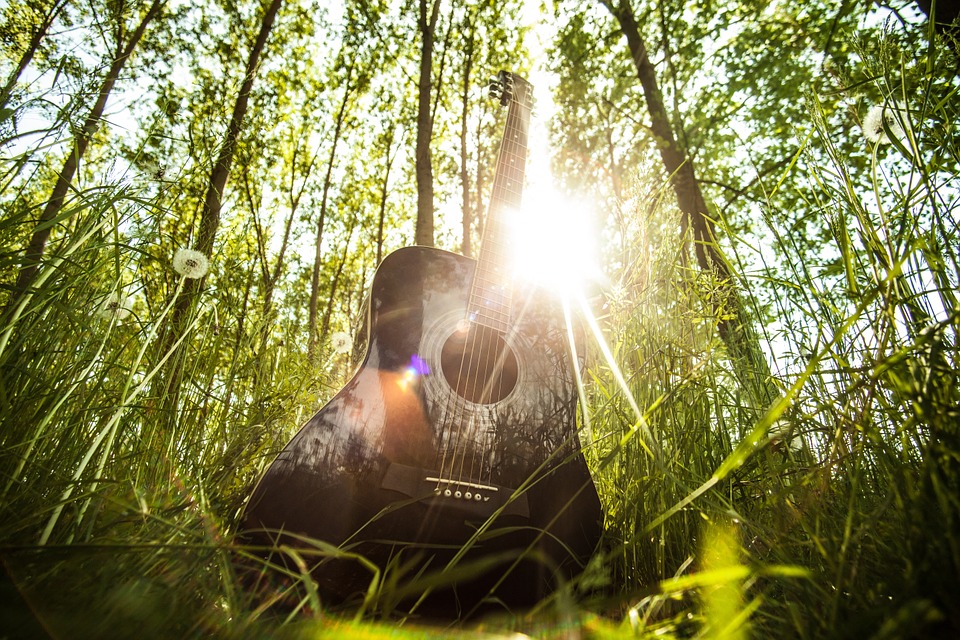 On Earth Day, and every day, it’s good to see how some operas and works of classical music mirror or deepen the emotions we experience in the presence of nature. Gustav Mahler composed his Das Lied von der Erde (The Song of the Earth) high in the Dolomite mountains. As you listen, note how magnificently he evokes the timeless and temporal sensations of our connection to the Earth. Gustav Holst, in his famous orchestral suite The Planets, correctly describes Earth as Bringer of Life.

High mountains with their verdant coverings and sometimes snowy peaks can be thought of as refuges of silence, even though they teem with activity on their slopes and in their skies. Think of Rossini’s William Tell Overture (but not the usual Lone Ranger connotations). Then let your mind run free while listening to Strauss’s An Alpine Symphony.

In previous articles I have written about opera and birds, fish and sea creatures, and trees and forests.

Respighi’s The Pines of Rome is an example of a glorious evocation of nature found even in an urban setting. One of my favorite expressions of nature in opera is the final scene of Strauss’s 1938 Daphne, based on the Greek myth of a woman who is transformed into a tree from which only the most valorous men can take garlands.

You surely know Vivaldi’s famous depiction of the four seasons. Note how, within each season, the composer transits from the early to the latter part in terms of weather and the flora and fauna we might see.

Composers have addressed all the seasons in their music. We have “Summertime” in Porgy and Bess. Autumn is palpable in Mendelssohn’s “Herbstlied.” There is no better expression of winter than Schubert’s Winterreise. In the thrilling end of the first act of Die Walküre, we feel the rapturous transition from winter to spring as Siegmund sings of winter storms and Sieglinde replies “Du bist der Lenz” (“you are the spring”). And what is more riveting then Stravinsky’s Rite of Spring to make us feel the surging hormones of spring fever?

Spring is also the time of flowers, whose presence in song and opera is almost limitless. I will mention the Presentation of the Rose in Der Rosenkavalier and Parsifal and the Flower Maidens. I will leave it to you to recall flower music in Carmen, Madama Butterfly, La Traviata, Adriana Lecouvreur, and Lakmé. Do you know “Rosen aus dem Süden,” the waltz by Johann Strauss, Jr., with themes from his operetta Das Spitzentuch der Königin? Perhaps my favorite flower aria is “Non più di fiori” in La Clemenza di Tito, in which Vitellia bemoans the fact that there are to be no more flowers or bliss for her.

There is also an abundance of music in gardens. I will just name two you might not know: Britten’s “Down by the Salley Gardens” with words by William Butler Yeats, and “The Walk to the Paradise Garden” from Delius’s A Village Romeo and Juliet.

The notion of pastoral music is widespread in music, usually connoting an idealized sense of nature. It asks composers to write music that accentuates beauty, and many rose to the occasion. There are numerous operas with pastoral themes, including those about Orpheus, such as those by Monteverdi and Gluck.

There is an absolutely lovely pastorale in Tchaikovsky’s Pique Dame, especially in the Met’s beautiful production by Elijah Moshinsky. You know the Canto del pastorello, the song of the shepherd boy, at the beginning of the third act of Tosca.

Pietro Metastasio, at the behest of Austrian empress Maria Theresa in 1751, wrote a libretto called Il Re Pastore (The Shepherd King), which was turned into operas by Johann Adolph Hasse in 1755, Gluck in 1756, and Mozart in 1755. The most famous aria from the Mozart version is the beautiful “L’amerò, sarò costante.”

We all know and love Beethoven’s “Pastoral” Symphony, and its familiarity makes it no less wonderful. For a change of pace, listen to Ralph Vaughan-Williams’s marvelous A Pastoral Symphony. Vaughan-Williams also wrote what is, to me, the most perfect expression of quiet, solitary beauty in nature, The Lark Ascending.

Having seen the lark ascend musically first thing in the morning, I then think of the natural world stirring awake as described in the morning mood movement of Grieg’s Peer Gynt Suite. I get similar feelings, though more intensely, from the prelude to Mussorgsky’s Khovanschina.

A very different, more American, pastoral can be found in Copland’s Appalachian Spring, inspired by the Shaker song “Simple Gifts,” whose famous lyric by Joseph Brackett speaks of finding ourselves “in the place just right … the valley of love and delight.” I am especially struck by the alternative verses we don’t hear as often:

The Earth is our mother and the fullness thereof,
Her streets, her slums, as well as stars above.
Salvation is here where we laugh, where we cry,
Where we seek and love, where we live and die.

When true liberty is found,
By fear and by hate we will no more be bound.
In love and in light we will find our new birth
And in peace and freedom, redeem the Earth.

We know and love Handel’s Water Music. Among my favorite examples of water and music are Rezia’s aria “Ocean, thou mighty monster” from Weber’s Oberon, and Debussy’s orchestral composition La Mer (The Sea). If you listen to Schubert’s “Die Forelle” you can hear in the piano the ripple of the water as a trout courses through a brook. You might also catch a musical motive that later appeared in the pastorale in Pique Dame.

Nature is not always benign, even when it has an awesome beauty. We know from art, music, and literature that it can be mercilessly cruel. Animals die in Leoš Janáček’s The Cunning Little Vixen and Prokofiev’s Peter and the Wolf. The sea is both a source of calm and fear in Mozart’s Idomeneo. Alfredo Catalani’s rarely seen 1892 opera, La Wally, concludes spectacularly with an alpine avalanche.

Finally, there are times when nature becomes tempestuous and scary — and that is a great opportunity for composers. Imagine the doings in Mussorgsky’s Night on Bald Mountain, or picture the night storm so concisely and perfectly evoked by Verdi in Rigoletto. Equally concise and perfect, but more droll, is the storm in Rossini’s Il Barbiere di Siviglia. I also love the one in Porgy and Bess.

Wagner had an amazing gift for composing musical storms. Die Walküre has two: the famous Ride of the Valkyries in Act 3, and the beginning of Act 1, which to me is even more exciting.

Perhaps the most thrilling Wagner storm is the turbulent sea voyage in the overture of Der fliegende Holländer.

What is your favorite musical representation of the Earth and of nature? Feel free to share it in the comments section.