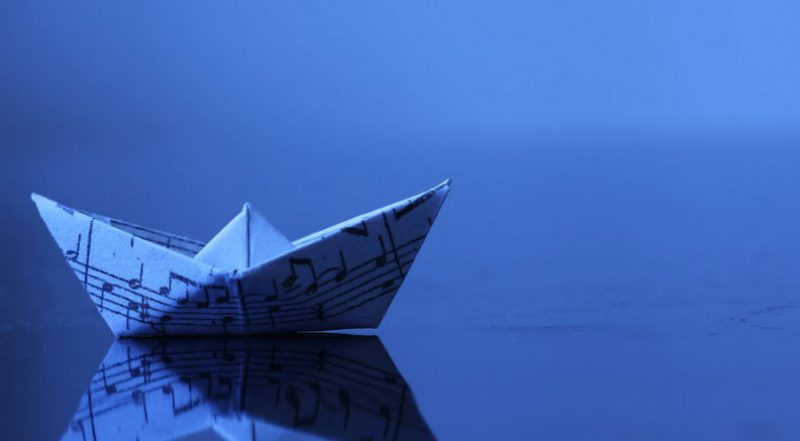 Water, in music, is more than just a drop in the ocean. Composers imagine water in rivers, water falling from the sky, water jetting up to the sky, water as a single raindrop, or as the entire sea. Water creatures, such as nymphs or mermaids, also have their place.

In his opera Undine, Albert Lortzing tells us the story of the fatal love story between the knight Hugo and Undine, a water spirit. We can tell from the overture that things will come to a bad end. 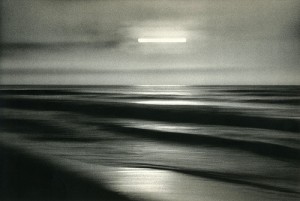 Lortzing: Undine – Overture (Cologne West German Radio Orchestra; Kurt Eichhorn, Peter cond.)
John Duke, in his setting of a poem by Li Hung-Chang, speaks to the dragon who rules ‘the shoreless sea of death,’ and asks to come with his departed beloved. 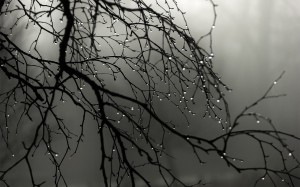 Rain drops on a tree

Opening with the patter of raindrops, Gerald Finzi’s “Childhood among the Ferns” is a setting of the poetry of Thomas Hardy.

Finzi: Before and After Summer: No. 1. Childhood among the Ferns (Williams, baritone Roderick; Iain Burnside, piano)
Toru Takemitsu’s Rain Tree Sketch II captures water and wind, blowing through a tree, a whisper of sound, a drop of water. 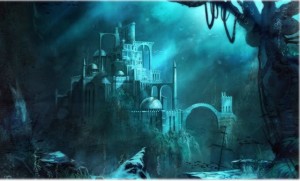 The Sunken City of Ys

An old legend of Brittany is about the sunken city of Ys rising from the sea on clear days. You hear the former city come to life: the priests chant, the bells ring, and the organ plays, but you only hear it at a distance. Debussy set this story for piano and it can be quite a heavy work. However, with this orchestration, we hear it in a different way – lighter and yet more solemn. At the end, the city sinks again below the waves. 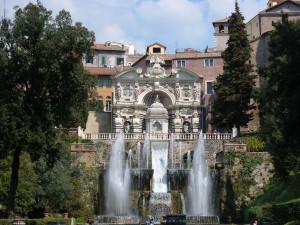 The Fountains at the Villa d’Este

Debussy: Preludes, Book 1: No. 10. La cathédrale engloutie (Lyon National Orchestra; Hun Märjl, cond.)
From his rooms at the Villa d’Este, Liszt meditated on the sounds of the Angleus and of the fountains. The Villa d’Este, home of Cardinal Prince Gustav Adolf von Hohenlohe-Schillingsfürst, who had made rooms permanently available to Liszt.

Ravel: Jeux d’eau (Claudio Arrau, piano)
Chopin’s life with George Sand was anything but calm and we have that same disquietude reflecting is his ‘Raindrop’ where the repeating and ceaseless A flat are the heavy drops of water he dreamed were drowning him.

Chopin: 24 Preludes, Op. 28: Prelude No. 15 in D-Flat Major, Op. 28, No. 15, “Raindrop” (Grigory Sokolov, piano)
In his Water Concerto (1998), Tan Dun called for basins filled with water that are then manipulated with bottles, hands, and other devices. In his Water Passion (after St. Matthew), composer Tan Dun again used water as a percussion instrument.

Tan: Water Passion (after St. Matthew): Water Cadenza (Tan Dun, cond.)
At the end of Schubert’s tragic song cycle, Die schöne Müllerin, the bereft apprentice miller confides his lost love to the brook that passes the mill and, in the end, drowns himself. The cycle ends with a song by the brook, protecting the man who loved it, and defending him against those who had made him so unhappy.

American composer Stephen Albert takes James Joyce’s beloved River Liffey of Dublin and gives it voice as it sings through the city. The song begins with a shine of percussion to set an atmospheric ‘rain music.’

Albert: TreeStone: Part I. I am Leafy Speafing (text by James Joyce) (Lucy Shelton, soprano; New York Chamber Symphony; Gerard Schwarz, cond.)
These works might not have been what you thought about when you thought about Music and Water – what about Handel’s Water Music? What about ‘Don’t Rain on My Parade’? What about all those songs about Rubber Ducks?

Many of these pieces take an indirect view of water – it imbues the work, it provides the aesthetic cover – and makes you take a new look at not water itself, but the essence of water.