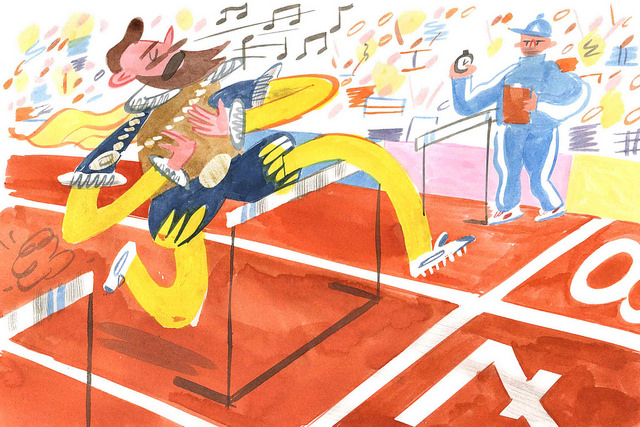 Long training hours, fierce competition, only the strongest make it to the top – professional singing is the ultimate sporting feat.

It’s 7:30 pm. The bell has rung. The spectators are in their seats. The tension mounts. The spotlight hits. A lone figure at the top of their profession enters the arena. Die-hard fans are about to enjoy a marathon – of the musical variety.

Adrenaline, anticipation, and years of training culminating in just one chance to get it right; an evening at the opera has much more in common with a sporting event than you might expect. As well as a world-class musician, the singer is an athlete – and it’s a discipline that is by no means created by talent alone.

‘Opera singers need focus, stamina, flexibility, endurance, determination and adaptability,’ says Kevin Thraves, Deputy Head of Opera at the Royal Northern College of Music (RNCM). Most elite opera singers consider their training to be lifelong – undergoing years of studying with teachers at school and completing a postgraduate degree to hone their skill.

Just like an Olympian in training, every morning former Jette Parker Young Artist Lauren Fagan completes a set of exercises to warm up her most important muscles: ‘I will take 5-10 minutes to warm my body up, releasing any tension in shoulders and neck and then progress to singing through scales on different vowels and buzzing noises,’ says the soprano.

Vocal muscles aside, it’s also helpful to maintain a healthy lifestyle outside of the auditorium. Fagan says she likes to run and even took part in the London Marathon this year. ‘I find that something as simple as going to a spin or yoga class at the gym can help me to keep fit and also helps to take my mind off singing for an hour or so,’ she reveals.

Principal study singing tutor at RNCM, Antonia Sotgiu, agrees: ‘The source of the sound is produced in the larynx. But singers also engage muscles in the mouth, throat, tongue, diaphragm and the intercostal muscles. It is essential to tone and strengthen these to develop stamina.’ 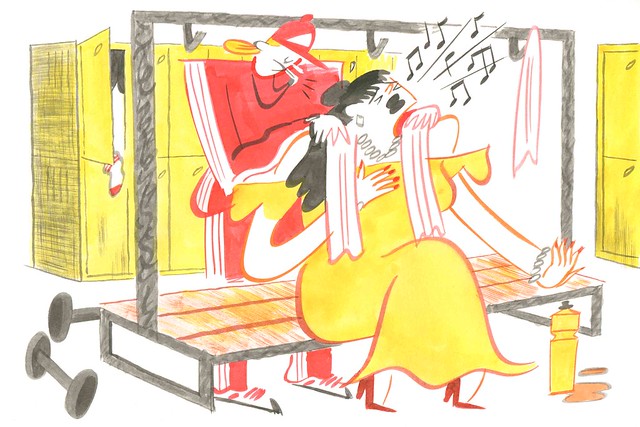 Like every athlete – an opera singer needs support from the best in the field.

‘Having a pair of ears that you trust to work with you is as important as a coach is to a top level athlete. An Olympian wouldn’t train without a coach and it’s the same for international singers,’ says Professor Susan McCulloch from Guildhall School of Music and Drama. It’s this coaching that enables singers to build up the stamina they need, mentally and physically to make it through the operatic marathon.

There have been numerous rehearsals, not to mention the hours studying the music in German, Italian or French, both alone and with other cast members.

Singers practice at least five days per week – anything more than two days of rest, and the vocal instrument starts to lose stamina. There are no microphones, so voices have to be powerful enough to fill an auditorium with 2,000 people and compete with the full orchestra.

Opera singers must know their own strengths and limitations; push too far and accidents can happen.

‘An athlete can compete when they have a cold or sore throat, but a singer shouldn’t,’ warns McCulloch. ‘Swellings develop on the vocal folds, nodules or cysts which prevent full vocal fold closure and means that singers are unable to phonate successfully.’ 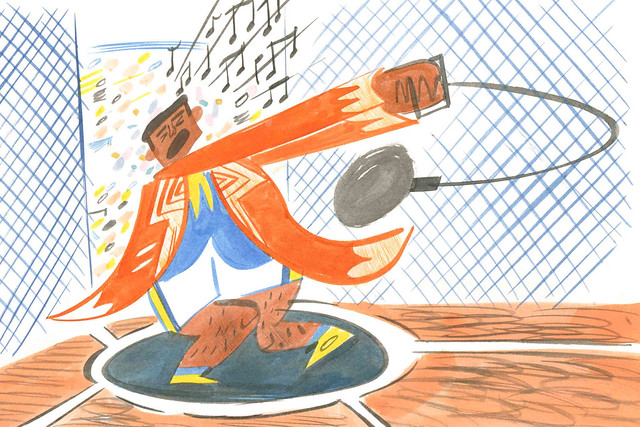 The curtains close and elated, the opera singer retreats to a dressing room to unwind. Like an Olympian, the buzz from the crowd has goaded them to give their all and that energy is still in the air.

‘It’s the time when you are able to let go some of the massive amount of adrenaline still coursing through your body,’ says McCulloch.

While a sports star might treat their tired muscles with an ice bath to reduce swelling, singers are advised to go easy post-show: ‘Don’t drink ice-cold drinks after singing as the vocal muscles can go into spasm if they are still hot and warm from singing!’ McCulloch warns.

As well as drinking plenty of water to lubricate the vocal cords, singers should always get plenty of sleep to recover after a busy schedule of rehearsals and performances. Because tomorrow, as the victorious sports stars hang up their medals, the opera house curtain will rise once again.