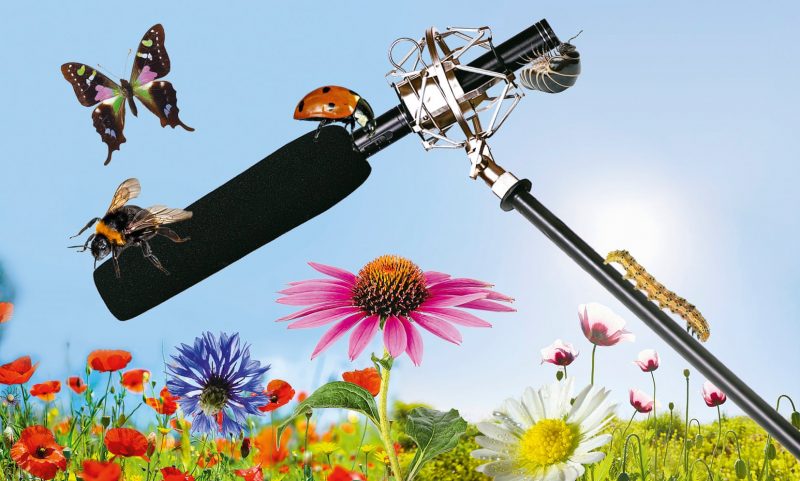 For 18 minutes, nothing interrupts the purr of insects bar the sound of kookaburras calling, and a solitary passing car. This is Field Recordings, a creation of the London-based radio producer Eleanor McDowall, “a podcast where audio-makers stand silently in fields”. Boasting submissions from all over the world, the first episode debuted in March and captures the sounds of an Australian town at dusk. Highlights from the more than 70 episodes since include a recording from the inside of a hollow tree in Russia, which becomes an orchestra of creaks and whistles as it sways in the wind. It is, in McDowall’s words, “a real banger”.

Field Recordings was born after a tough year in which McDowall experienced the end of a relationship and began to feel burnt out at work. Compiling this library of ambient soundscapes was part of her solution. “It felt like something that would give me a bit of space and respite,” she says. Many of us now adopt similar strategies to capture moments of contemplation, focus or distraction. Music-streaming platforms offer playlists tailored to heighten concentration. Guided-meditation apps offer complementary audio “soundscapes” such as “the cosy sound of rain on a cabin roof”.

In 2009, Norwegian television screened a seven-hour film of an unedited train journey from Bergen to Oslo. The programme had its roots in experimental art such as Andy Warhol’s 1963 work Sleep, a five-hour film of a poet sleeping, but by taking “slow media” to small-screen audiences, the Norwegian train journey paved the way for “slow TV”, a new genre intended to offer a break from the relentless pace dictated by much of digital life. In 2015, the BBC Four Goes Slow series included a real-time “portrait of the making of a simple glass jug” and an uninterrupted two-hour boat journey down the Kennet and Avon canal. Later that year, the channel paid tribute to slow media’s Scandi roots with a broadcast of a reindeer sleigh ride across the Norwegian wilderness.

While television pioneered the genre, it is in radio and podcasts where the slow media movement has really gathered momentum. One of the most notable recent examples is Walking, a podcast in which the American writer Jon Mooallem steps out into the woods near his home, on Bainbridge Island near Seattle, with an audio recorder wrapped in a sock. Listeners hear the crunch of gravel, the creaking of gates and twigs snapping underfoot, but Mooallem himself stays largely silent. Naming the podcasts one of its best of 2019, New York Magazine said: “The sheer banality of the recordings both clears and focuses the mind.”

Caroline Crampton, a podcast writer for Hot Pod and The Listener, has seen an increasing number of ambient or slow podcasts emerging in the last couple of years. “Sometimes you want news or sport but sometimes you just want sound in order to insulate you from whatever you were thinking about,” she says. “I think people enjoy the feeling of being transported. It’s often about locations that would be very inaccessible.” Crampton says this trend has been accompanied by a broader shift in podcast production methods. While the sounds of phones ringing and car doors slamming have long been a feature of This American Life, she cites the BBC and NRK’s Death in Ice Valley and Gimlet’s Heavyweight as recent examples of shows incorporating ambient sounds and added audio texture to enhance the listening experience.

BBC Radio 3 has emerged as a champion of the slow media movement. Alan Davey, who took over as controller in 2015, says the station’s listeners were well-primed for more reflective programming, used to classical compositions lasting 12 minutes compared to the three-minute pop favoured elsewhere.

In September 2015, Radio 3 broadcast an eight-hour composition by Max Richter where a live audience was encouraged to sleep through the performance. The programme set a world record for the longest broadcast of a single piece of music. Since then, Radio 3 has broadcast a series of slow radio specials, including a real-time recording of a 10-mile walk through the Welsh countryside. “Radio is a very intimate medium,” says Davey. “It’s a very close relationship between what’s being broadcast and the listener. And, especially if you listen on headphones, you can really immerse yourself in it and get lost in it.”

While sounds of nature make an obvious choice for slow radio, Davey says soundscapes imbued with the hum of human activity resonate just as much with audiences. In one episode, a correspondent takes a walk across Tokyo to capture the sounds of gaming arcades and a baseball batting range. In downtown Nashville, motorbike engines roar as listeners catch muffled snatches of streetside conversations and the sounds of Dolly Parton drifting from bars.

Slow media producers are largely absent from their creations, but McDowall says some of the most beautiful moments occur when her audio-makers break their silence. The first Field Recording ends with the sound of a bag being zipped and the mimicking of a bird call. In a recording from Darwin, Australia, a child whispers nervously during a rainstorm. “The thing I’ve found really moving is the sense of the person holding the microphone,” says McDowall. “Hearing someone moving through a landscape, or opening their window.” A lack of narrative leaves listeners free to choose their own meaning. Some may tune in for a sense of solitude. For McDowall: “It feels more to me like standing with someone.”