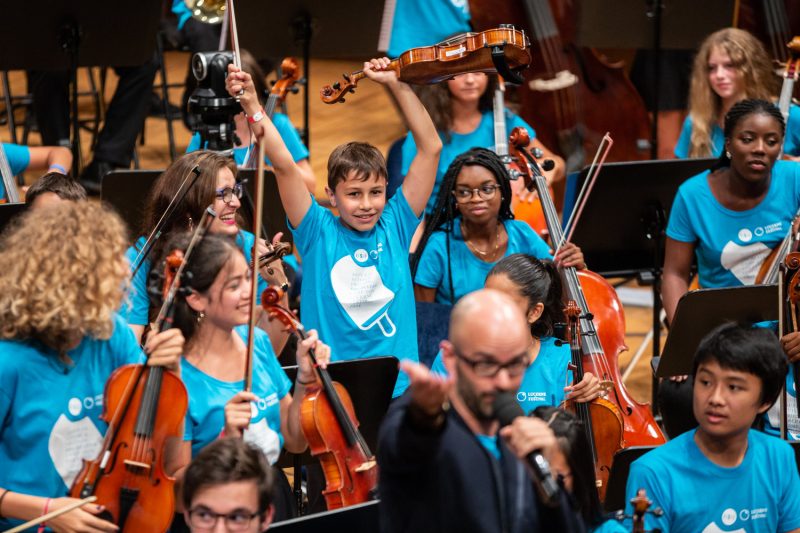 Playing music is it for everyone?

People are exquisitely attuned to sound from our very beginnings, through our mother’s soft cooing voice, which leads to language. Music has had a special place in the hearts and minds of virtually all cultures across time. The discovery of ancient 40,000-year-old mammoth-ivory flutes in 2008 indicates music has been a part of our earliest civilizations. Researchers contend music, singing, and dance, enhanced communication and social bonds among our ancestors.

While everyone agrees learning to read and write is vital, music has often been considered one of the “frivolous” subjects, despite current research, which shows that the effects of music study on the brain are measureable and profound. Structural brain changes occur with even two years of music education. Neuroscientists who study the brain in earnest have discovered the complexities of making music and its far-reaching benefits. Music, like language, has a biological basis and the multi-faceted skills developed are not acquired in any other activity. It enhances all learning, and fosters abstract and creative thinking—essential to many different fields.

Is music study then a privilege? Or is music training a right that should be made accessible to everyone?

We musicians know that mastering an instrument is a process, which develops virtually every facet of our beings. Nonetheless I often hear, “how nice that you play…” (the implication: it’s all fun and games). Through my music studies I learned to concentrate with the utmost intensity, with discipline, rigor, dedication, and persistence. Music also encouraged me to imagine, fantasize, dream, and express myself. I was happiest embracing the instrument, baring my soul, and losing myself in sound.

Classical music invariably elicits visions of powdered wigs and stuffy concert halls, stiff collars and blue-haired ladies in mink stoles. Inaccessible, incomprehensible, regulated. One doesn’t know when to clap, what to wear, how to behave. And doesn’t playing a musical instrument take talent?

Classical music has indeed withstood the test of time. Like Shakespeare—Bach, Handel, Mozart, and Beethoven represent some of the most magical and inspired masterworks ever create by mankind. You may not even know you’ve heard it— Beethoven’s Seventh Symphony became the sound track to movies including The King’s Speech, about King George VI. Cartoons from Bugs Bunny, Mickey Mouse and Tom and Jerry have featured the Hungarian Rhapsody No. 2 by Franz Liszt, the gold medal winning commercial for Burger King utilized Maurice Ravel’s mesmerizing orchestral work Boléro, and the computer company HP uses Vivaldi to advertise Touchsmart PC.

Although classical music is my predilection, all genres of music learning have a beneficial effect. The idea that music is an essential component of life is not new. Noted music educators Shinichi Suzuki and Zoltán Kodály both felt that all children have a right to music education.

Believing that music is innate, and all children are capable, Kodály was determined to reform music teaching, and to make it an integral part of education in the 1930’s. “The human voice is the most natural instrument, one which every person possesses. Singing, moreover, is a powerful means of musical expression and enriches life.” He believed musical concepts could be taught to very young children through singing—using hand signals and incorporating games, and rhythmic concepts could be introduced through movement—walking, running, marching, and clapping. Kodály’s Method elevated the level of teaching standards and musical literacy.

First envisioned in the 1930’s, violinist Shinichi Suzuki based his approach on the belief, “musical ability is not an inborn talent but an ability which can be developed. Any child who is properly trained can develop musical ability, just as all children develop the ability to speak their mother tongue.” Dr. Suzuki’s goal was not simply to develop musicians, but to nurture loving human beings, and to help develop each child’s character through the study of music. (Suzuki Association of the Americas)

In her TEDEd lecture, Anita Collins, a professional musician and expert music educator, indicates that with the advent of such tests as the fMRI and PET scanners, neuroscientists have been able to observe people while they listen to music. To their surprise they found that music “lights up” every area of the brain.

Children undergoing music training, consistently show they perform better in the areas closely associated with music: fine motor skills, rhythm perception, and auditory discrimination. Music study—actually doing it, especially before the age of seven—simultaneously stimulates every area of the brain—the visual, the auditory, and the motor cortices. 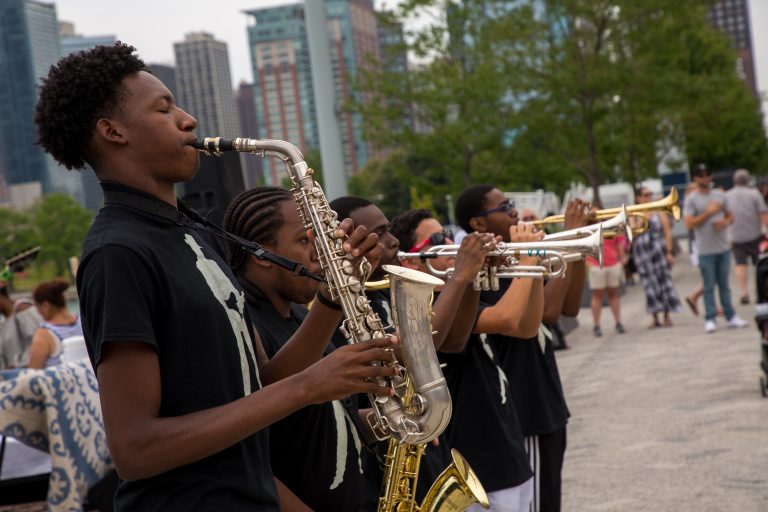 Neuroscientists decided to examine the brains of professional musicians next. What they found was astonishing. A musician’s brain is unique and looks different than other brains, even unlike other artists’ brains! The corpus callosum, the bridge between the two hemispheres of the brain, which connects the left and right sides of the brain, is denser, and shows increased volume and activity in musicians. Due to this increased matter in the brain, trained musicians solve problems more effectively. Their thought processes are more efficient when working on complex or abstract perceptions, and they have well-developed memory systems, and advanced cognitive capacities.

I’ve been a musician all my life but even I was wowed by a recent performance of a new chamber ensemble work. In addition to the musical notes the composer wrote, there were indications written in the parts for the musicians to shout, stamp their feet, beat drums, and sigh audibly, without losing their places and staying together. That’s a feat of dexterity!

And what about Riverdancing violinists? The classical music comedy duo, Igudesman and Joo, routinely amaze audiences with Irish Riverdance-style line dancing with a group of orchestral violinists who execute the intricate footwork while fiddling. In a society, which values multi-tasking, I wonder, can music improve this ability?

What’s difficult about “playing” a musical instrument? Involving a series of highly complex movement, we execute different motions on opposite sides of the body concurrently, requiring independence of our fingers, hands, and arms. Wind players, must also have exquisitely sensitive embouchure control while managing deliberate breathing, and movements of their tongue and mouth.

We haven’t even mentioned the emotional or expressive content each individual player applies, beyond playing the notes, which enhances the music! As we strive to recreate the particular composer’s intent we probe deeply, experimenting until we have developed an emotional narrative transcending language.

Music expresses emotions and connects to all of our senses delving into our deepest and unknowable internal landscapes. Our ears are a physical entry point to our bodies, hence sharing music can be a palpable and visceral experience for our audience. The conductor and pianist Daniel Barenboim believes, “Sound literally penetrates the human body.”

The collaborative aspect of music is important too. Music engages students socially and promotes community, teamwork, listening, focus, persistence, empathy, and supports the understanding of body language, and direct communication. It’s one of the only activities in life we do communally—where people of different backgrounds, cultures, and religions, the old and young, the experienced and inexperienced, can unite and be a part of a whole.

Musicians develop mental fortitude—stamina, stick-to-it-iveness, patience, and persistence through setbacks—the traits that steer us through life’s vicissitudes. Playing an instrument makes everything easier.

In a challenging, and constantly changing world, young people will need to work within the international community, and will require skills, which expand their horizons, which allow them to adapt to different approaches, and cultures. They will need to learn to use skills that may not yet be developed.

Music, with its central place in every culture, is a language that can only assist in the interactions of the future. In our trans-global economy, the ability of young people to be competitive, creative, and malleable is at stake. Playing music is the best preparation and is for everyone.