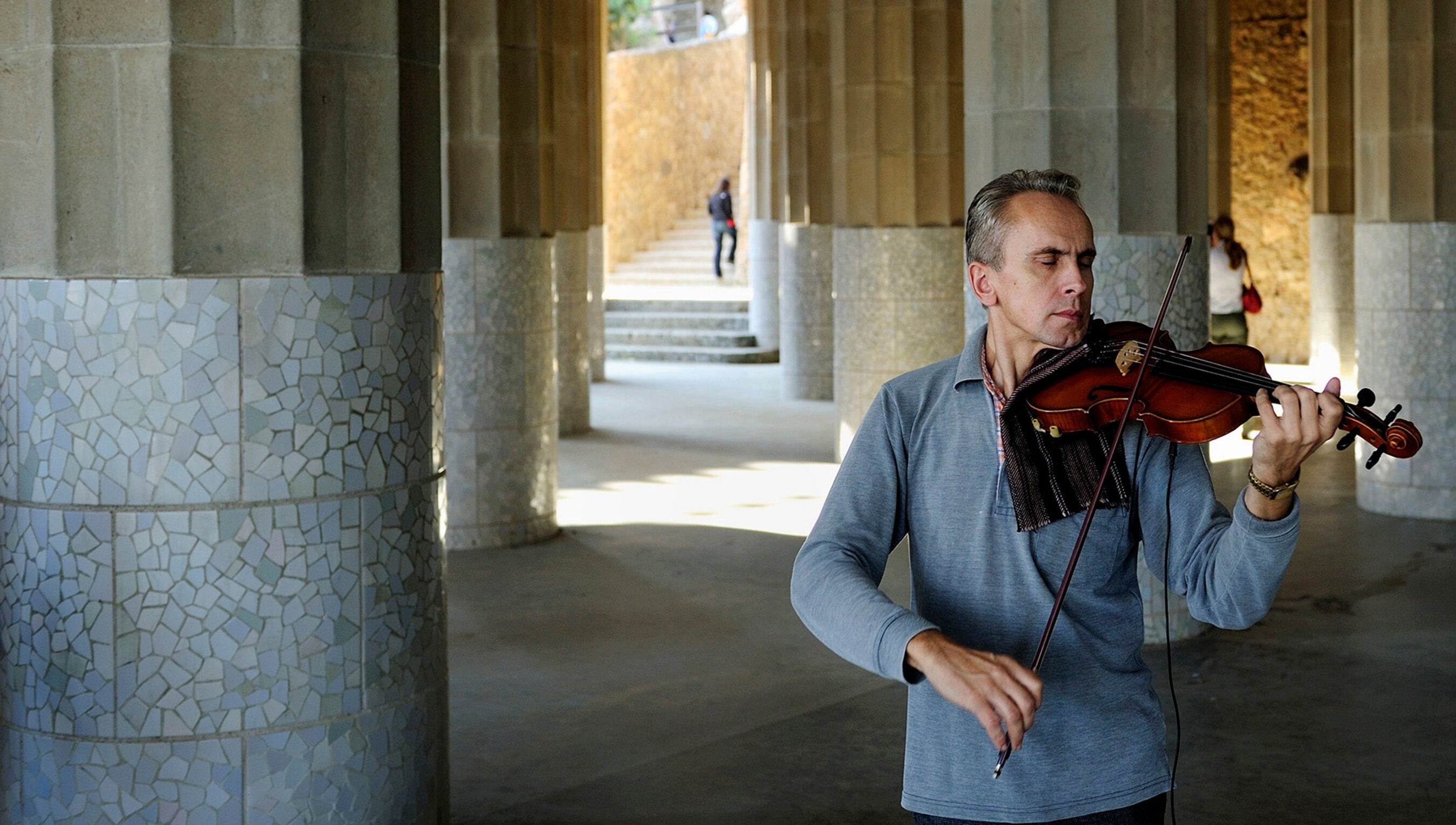 Music is a philosophy, rich in ideas that language cannot say

Xenia Hanusiakis a cultural commentator, essayist and writer whose work has been published by the Financial Times, Music & Literature and The New York Times, among others. As an operatic soprano, writer for the stage and curator, she has contributed to festivals from National Sawdust and BAM in New York to the Beijing Music Festival.

The present pandemic has brought us closer to ourselves. There is dissonance. The rhythms are haphazard. Contrary motions of jangling melodies confront us. We seem to be living in a maze of minor keys and open-ended cadences. We move chromatically, step by step. The array of discord challenges us. We’re searching for resolution.

If this gamut of expressions seems familiar, you’re right. They are the building blocks of music. We might not ordinarily say to ourselves, let’s modulate, or let’s change key, but every day we unconsciously conduct our lives as a musical composition, a symphonic masterpiece, an anthem, or a slice of hip-hop.

We’re used to the companionship of music. We rely on it as pleasure dome and panacea: ‘Music is the shorthand of emotion,’ Leo Tolstoy subtitles his play The Living Corpse (1911). Music’s ineffability transports us away from the mundane, allays sadness, evokes laughter, brings us to tears and rallies us to stand in unison. It confronts our fears and aspirations. When the saxophonist Charlie Parker said: ‘Music is your own experience, your thoughts, your wisdom. If you don’t live it, it won’t come out of your horn,’ he wasn’t only talking about bringing the vividness of life to your jazz, but of rendering music as your life.

What if the pages of life’s lessons are found through the composer’s pen? If we listen to music’s silences and pauses, dissonances, consonances, key changes and rhythms, what might we learn? If your life were a musical score, how would it unfold? Would it be a chart-topping chorus and refrain, or a slow chromatic Wagnerian overture? Perhaps you improvise your days. Perhaps you welcome dissonance as a stranger you’re ready to greet. Are you someone who embraces silence? If you were the composer of your life, how would you score it?

In our search for guides to live by, we seek directness and materiality – inspirational affirmations that flash across our smartphones: clever podcasts from clever people. We buy manuals that tell us to model ourselves on Marcel Proust or Lao Tzu; search out pathways to revitalise our sense of balance through Henry David Thoreau’s woods; gaze at paintings to appreciate perspective. Whereas music arrives intangibly. We can’t hold it in our hands; as Leonardo da Vinci remarked: ‘Music may be called the sister of painting, for she is dependent upon hearing, the sense which comes second … painting excels … because it does not fade away as soon as it is born.’

I am an insider (an opera singer and music academic), who came to the benefits of musical thinking early in my career, when I was offered an entrée to train with the late harpsichordist Janine Reiss, confidante and coach to the soprano Maria Callas. It was Reiss who kindled my curiosity to explore the musical score as a life coach. In every lesson, Madame would repeat slowly and emphatically, and with measured pauses: ‘It’s the space … between the notes … that matters.’ Her advice is the mantra of most composers, though in her case it was entrusted to her by none other than Francis Poulenc. But in the same way that we don’t have to practise botany to appreciate the lessons of balance and replication in the beauty of nature, we don’t have to be professional musicians or professors of theory to engage in the art of musical thinking.

We match the mollification of a lullaby when we talk to children; we summon our inner anthem to rouse team spirit with workmates

Where language employs several features at once, music’s ecosystem of multilayered, perpetually changing harmonies, rhythms, rests and tones move with rapidity. It is hard to absorb its juxtapositions. It’s why we can’t listen to a Miles Davis improvisation or a Pierre Boulez symphony as background music – there’s too much of an overload of information – but we can meditate to minimalist New Age music without distraction. The neuroscientist and musician Daniel Levitin explains this best in his book This Is Your Brain on Music (2006). Our brain is on overdrive. More than 100 neurochemicals are involved in computing music’s pitches, durations, volume settings and timbres, and, as Levitin explains, music stimulates neurons in more regions of the brain than almost any other activity.

Since our brain synthesises the totality of the musical experience, we need to train ourselves to isolate, question and analyse each suprasegmental element of music’s language, one unit at a time. In other words, to think like a composer. ‘Learning to compose, is learning to listen,’ said the composer Louis Andriessen. We begin with our personal metapicture. In a lecture in 1939, the composer Igor Stravinsky said: ‘We have a duty towards music, namely, to invent it.’ We owe the same duty to building our lives with intentionality, since we have only so much life – measured out in beats – allotted to us. In a three-minute pop song, a composer has only around 324 beats to swoon us. A Keith Jarrett improvisation or a J S Bach fugue can transport us because both composers make every beat count.

Now consider tone. In our daily navigations through a musical perspective, we can modulate – softening our voices to match the calming mollification of a lullaby when we talk to children; or summoning our inner anthem to rouse team spirit among our workmates – and we become aware of a lexicon of possibilities: the endless permutation and configuration of times, paces, volumes and silences at our disposal for this experiment in musical acuity.

Let us return to Madame Reiss, Poulenc and the silence in between. For many people, silence is the element we fear most. Silence is the pain of waiting or the portent of absence and finality. But in musical thinking, silences breathe corporeality. They can brim with expectancy and, often, positivity. The artist Louise Bourgeois told an interviewer in 1983:

Her comments open out and intensify our aesthetic sense of silence, prompting us to recalibrate our pauses in our engagement with others.

Music is a Socratic teacher. Its melodies, modulations and rhythms steer us away from linear thinking and towards nuance

If we listen to the profound silence in the works of the composer Toru Takemitsu – especially his orchestral piece The Dorian Horizon (1966) – we encounter the Japanese aesthetic Ma: the gap, negative space or pause between two structures. Takemitsu teaches us that the empty space (silence) is not a void, but an entity, filled with energy and purpose. In the Georgian spiritualist Giya Kancheli’s chamber piece Abii ne Viderem (1992), silence is an explosive, life-affirming persona, suggesting a power that’s authoritative and wise, joyous and contemplative. Learning to listen in to musical silence urges us to heed the unspoken. Composers call this liminal silence. In the final act of his opera La bohème (1896), Giacomo Puccini paints an ephemeral silence. In one fleeting heartbeat, neither voice, nor melody, nor words sound. Instead, a single untoned stroke brushes against a Turkish cymbal. It is the announcement of Mimi’s death (and it is followed by the agonising cry of her lover). The subtlety speaks volumes: as Susan Sontag wrote in Styles of Radical Will (1969): ‘Silence remains, inescapably, a form of speech.’

The dualism demonstrated by the sound-and-silence partnership mirrors philosophies that are already familiar to us: the yin-and-yang principles of Chinese cosmogony, or Plato’s theory of universal dualism. Such binaries teach us how to accept opposing values in the pursuit of completeness. Which brings us to dissonance, a quality generally spurned in Western societies as the harbinger of negativity, conflict and disagreement – unlike harmony, which is seen as the virtuous hero that will restore balance and consensus. Yet dissonance is as innate to music as is harmony: whether a passing tremor in a suspended note, or a labyrinth of chromatic journeying, dissonance is disorientating, frustrating. It builds tension, pings us into awareness. As in music, so in life: ‘Dissonance/(if you are interested)/leads to discovery,’ wrote William Carlos Williams in his epic poem Paterson (1946-1958).

In the balletic beauty of the contrary motion scale on the piano, we can appreciate the elemental nature of dissonance. The process of this scale is modest in structure and voice, but explicit: two hands move away from each other as far as they can reach, only to return to each other in a convergence signalled by the consensus of a single note. We can note-to-self this journey as a metaphor for any number of identifications: as a symbol for us to have confidence in our divergent view, to respect contrariness in ourselves and others, or to take reassurance that our conflict with others is really a contrary motion of distinct voices that will eventually reach a consensus.

Music is a Socratic teacher. Its melodies and call-and-response mechanisms, together with the subsequent variations in modulations and rhythms, steer us away from linear thinking and towards nuance. When we attend to an improvisation, track the journey of a voice in any one of Bach’s preludes, or follow the route of a single instrument in a symphony – the oboe in Arvo Pärt’s Symphony No 3 (1971), or the clarinet in George Gershwin’s Rhapsody in Blue (1924) – with our dissecting technique, we can subsume the formal inventiveness of music into our approaches to the art of questioning life, refining and redefining our interrogations to enlist more creative responses. The Nobel Prize-winning writer Naguib Mahfouz once said: ‘You can tell whether a man is clever by his answers. You can tell whether a man is wise by his questions.’ Music’s lessons teach us that our questions are limited only by our curiosity and imagination.

The art of musical thinking offers a perspective and a context for composing our experiences. It provides a philosophical foundation that embraces dissonance alongside harmony, and casts sound and silence as equal protagonists in a democracy, where the realisation that dualities such as tension and consensus coexist is a core tenet of a vibrantly realised life. If we learn to sit with the inexplicable sounds of our historical moment, we’ll open an unexpected path of self-elucidation, and contribute to questioning and redefining the society we’re creating. This art follows the holistic path practised by composers who seek to synthesise their vast palette of aural properties. Composers have one advantage. They control the ending.