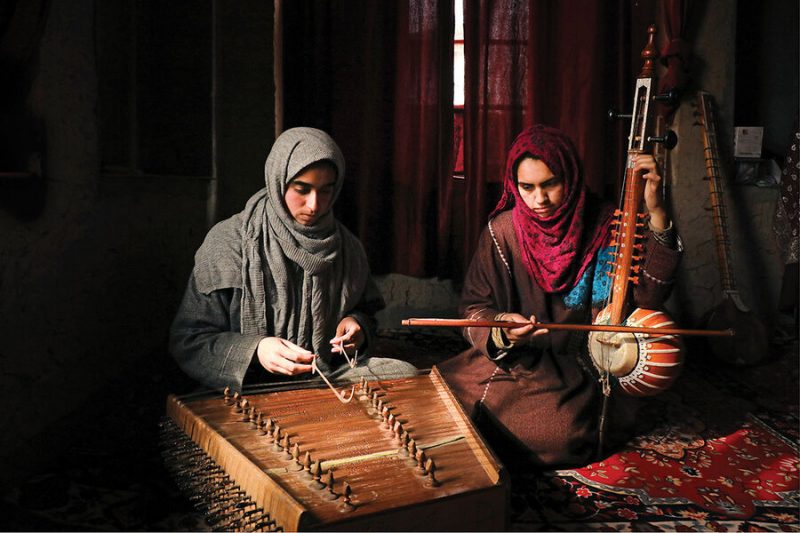 In Pictures: Young Sufi women defy one tradition to preserve another

Every morning, a small house in northern Kashmir reverberates with traditional Sufi melodies. A small group of female musicians play their instruments soulfully – as if they were performing a hymn or a prayer.

In Sufism, a form of Islamic mysticism, this music is food for the soul. Its origins in Kashmir trace back to the 15th century. But today, with few traditional artists left in the valley, these players represent a ray of hope for Sufi music’s revival. While their peers may be more into rock and rap, these musicians are holding on to their roots.

For centuries, the tradition was passed down from one man to another. But sisters Irfana and Rihana Yousuf began to play with support from their father, Mohammad Yousuf. A musician himself, he sometimes had to sell household items to afford the costly instruments so they could keep their dream alive – and his.

The sisters created a group to teach other girls from the neighborhood. Some players stopped coming to practice, pressured by those who felt Sufi music belongs to men. But they’ve found their way back, drawing inspiration from each other as they juggle music, chores, and school.

Some are studying music at the University of Kashmir, and documenting Sufi compositions so that they’re easier for beginners to learn and preserve. And their doors are open to whoever shares their passion. 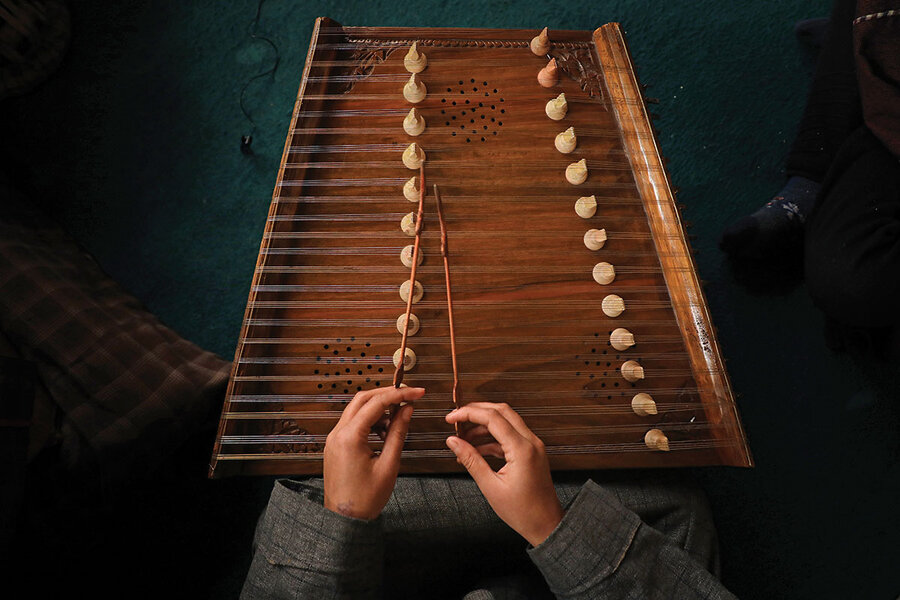 The Indian santoor is a hammered dulcimer in the shape of a trapezoid, often made of walnut, with 100 strings. The specially shaped mallets (mezrab) are lightweight and are held between the index and middle fingers.  / photo: Sharafat Ali 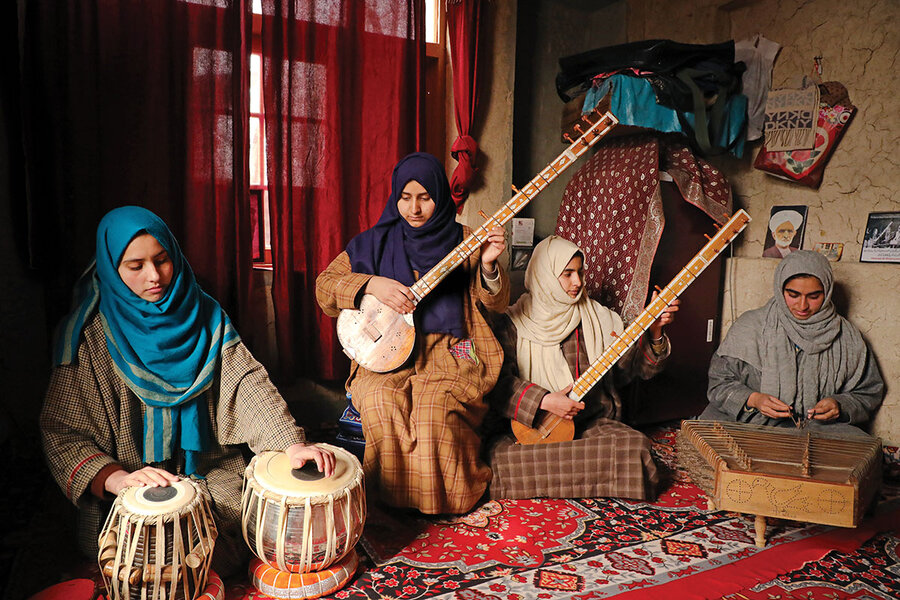 The group performs Sufi songs that for generations have been played only by men.
photo: Sharafat Ali 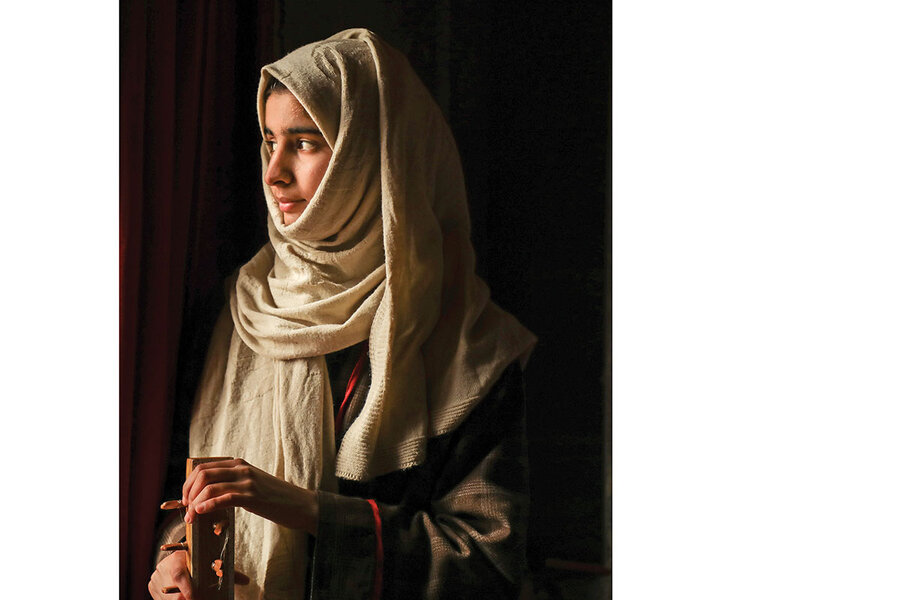 Shabnam Bashir, a neighbor friend of the Yousuf sisters, plays with the group of musicians. /photo: Sharafat Ali 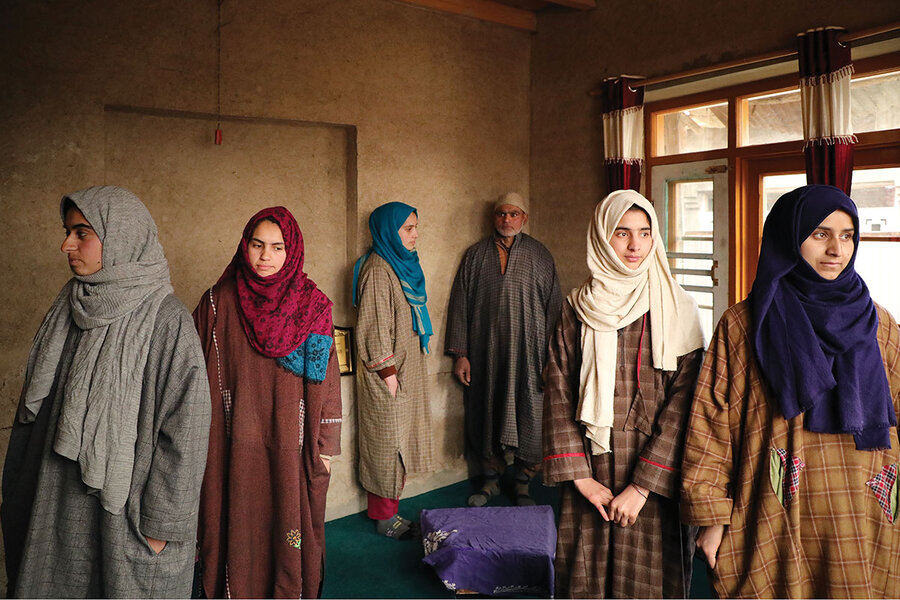 The performers are changing perceptions of gender in Sufi music. / photo: Sharafat Ali
main photo: SHARAFAT ALI/A group of female musicians in Kashmir defies norms that say only men can play Sufi music. ”We ignore these obstacles just for the love of this art”, says Gulshan Lateef (right), with her friend Irfana Yousuf.
Via
Share Tweet Email
Top