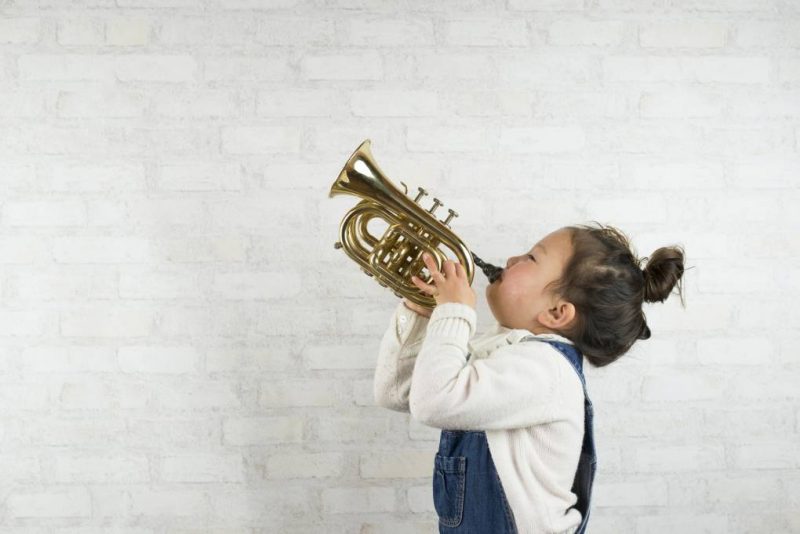 From hearing lullabies to the sing-song lilt of a parent’s voice, babies form strong connections with their caregivers through sound and song. Think about the way we instinctively bounce or rock fussy babies.

That rocking is rhythm, one of the core “ingredients” of music, according to Nina Kraus, a neuroscientist and author of the book “Of Sound Mind: How Our Brain Constructs a Meaningful Sonic World.” “Before babies learn the words, they learn the music,” said Kraus. “Why do we use the intonations and inflections that we do with babies? It’s because they respond to that and they learn.”

Music, she notes, does an exceptional job activating our cognitive, motor, reward and sensory networks. And making music changes the brain for the better, said Kraus. “It strengthens your cognitive skills because it relies on memory and focused attention. And it strengthens the kinds of skills that we know are important for reading, for learning and for engaging with other people.”

Music educator Anita Collins, author of “The Music Advantage: How Music Helps Your Child Develop, Learn, and Thrive,” often tells parents and teachers that when you stack up all the evidence about the benefits of music education, it’s a clear net positive for children. “Supporting music learning is giving kids a gift for the rest of their lives. Even when they are older, their brain health will be stronger because of what they did when they were nine.”

Early in Collins’ career, she began to notice a connection between kids who struggled to keep the beat in music and their progress in language class. Sometimes, she was able to bring an early reading issue to an educator’s attention simply from watching a five-year-old struggle to stay on beat. She began to wonder, “If we do more beat-keeping, particularly with those kids, could we have an impact on their language learning?”

“When we think about rhythm, we think about music. But there is rhythm in speech,” said Kraus of Collins’ observations. “We use rhythm all the time for turn-taking, for emphasis, and we know biologically that the kids who have difficulty with rhythm skills – like following the beat or rhythm pattern – are also kids who tend to have difficulty with language skills, and this includes reading.”

Literacy depends on detecting sound patterns, and this pattern learning is part of auditory processing. According to a study conducted by Kraus, children with reading difficulties experienced more success when teachers improved the sound quality of their instruction by using assisted listening devices (or sound amplification systems) that made their voices crisper and less distorted. Over the course of the year, these children’s brain responses to sound became more consistent, suggesting that “the root cause of their reading problem was a sound processing bottleneck addressable with intervention.”

Given this key relationship between literacy and sound processing, Kraus believes music education is a vital complement to teaching core subjects. “Playing music will help the reading, writing and arithmetic, in addition to the other ways that it strengthens brain development.”

Kraus and Collins agree that making music is one of the best ways to strengthen attention, working memory and perseverance. These strengths – developed in music class or in the practice room – have been shown to transfer to other activities.

Music learning is essentially a boot camp for attention skills, according to Collins. “Music learning is, by its very nature, a way of increasing attention a little bit at a time,” she said. “If we think about attention span as a muscle, we are strengthening that muscle every time we practice music. We learn one line, then we add a little bit more. One bar, then two bars, then the whole page.”

Music is motivating, but practicing isn’t always fun, and that’s valuable too, said Collins. Every new song has to be practiced over and over again. Wrong notes give real-time feedback and the chance to self-correct. “We are in this strange space where we don’t like making things too hard for our kids. We don’t like to stand back and see them fail, even though we grow from failure and learn to say, ‘I need to change something about how I’m doing this.’”

While a final performance may seem like the pinnacle moment, “all the great brain development happens in the practice room,” said Collins. Children “try and try and try again and still don’t get it right – but then they do, and their reward network fires off.”

When parents and schools consider introducing music, they should keep the big picture in mind, said Kraus – a vision even broader than cognitive acumen. “Most kids are never going to be concert pianists. And that’s not at all the goal. In this world, we need to be able to connect with each other and across languages and cultures. Through music, we can build bridges. We can celebrate our shared humanity.”