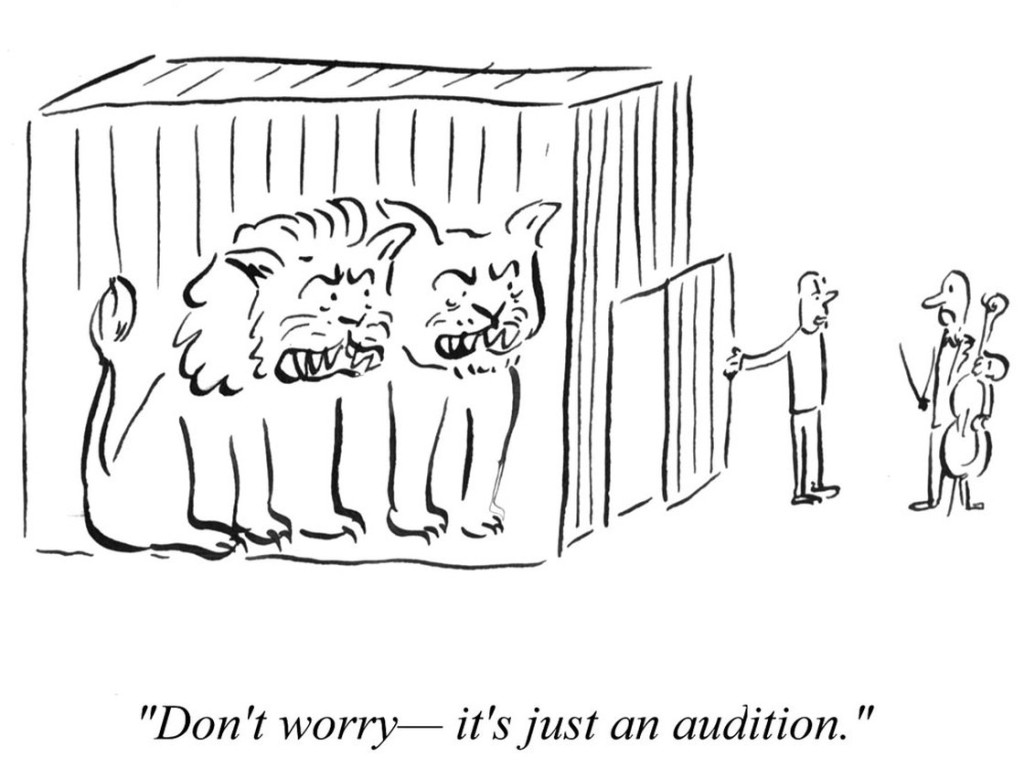 10 tips for a successful orchestral audition

1. Show your artistic depth with every note
Yes, you must demonstrate mastery of a number of basics to be successful in an audition. Too often, however, people are afraid to go further and convey real musical understanding by taking a sophisticated view of the music. What’s on the page should be clear, but don’t stop there. Committee members are musicians, and musicians gravitate to tasteful and inspired playing, in an audition or otherwise.

2. Accept the unknowns
You can’t control what the hall will sound like, whether there will be a screen, or who might be warming up next to you. Practise thriving in atypical conditions by simulating them: get a few people together to hear you in an unfamiliar room, set up a makeshift screen and have someone else choose the order in which you’ll perform the repertoire.

3. Make a beautiful sound all the time
More candidates receive negative attention by producing substandard tone than from any other single factor. Pay close attention to treatment of short notes, and avoid playing so loudly or softly that you lose control of the sound.

4. Orchestral playing is communal, but auditions are solitary
This means certain choices about bowings, fingerings, tempi, and other variables could be different than if you were playing the piece in an orchestra. For example, a slightly slower tempo that allows everything to speak cleanly and clearly is preferable to a quicker one where things feel blurry and rushed.

5. Solid, specific preparation is the best antidote for anxiety
You will feel nervous excitement leading up to (and perhaps during) the audition. This is human.  Building the ability to keep nerves in check and your mind focused starts during practice, long before the audition. Have very specific opinions, and practise to retain knowledge of technical aspects such as bow distribution and vibrato that allow you to shape phrases exactly as planned. An audition is not a time for vagueness. Knowing and practising exactly what you hope to reproduce in the audition gives you a constant stream of thoughts to focus on in performance, allowing your mind much less room to go astray. As I tell my students, ‘Just do your thing, and let other people find ways to eliminate themselves.’

7. You can make errors
No player relishes making an unexpected mistake early on, but remember that your general level of musicianship and instrumental control is what the committee will remember. The difference between a fluke and a general tendency in someone’s playing is quite easy to discern, and a committee can generally forgive a couple of minor missteps in an otherwise well-played, artistically satisfying presentation.

8. Play the instrument you’re comfortable with
Players sometimes borrow great instruments for an audition, assuming that a superior instrument is a real advantage. However, you can only sound your best on an instrument with which you are completely comfortable. If you’re unhappy with your instrument, don’t worry too much about it – a committee will focus more on what you are doing than on the instrument itself.

9. Play the way you play
I often hear of players ‘adjusting’ their playing to cater to what they think a given committee wants. This is a potentially unproductive mindset that can put candidates outside their comfort zone in the audition. Every committee should want to hear someone with valid, sophisticated musical ideas and the technical means to express them. Aim for this broad goal, using the repertoire to express your unique sense of style and musical understanding.

10. Play for people you respect, including those who don’t play your instrument
Feedback from someone who doesn’t know the challenges unique to your instrument can be very enlightening. Great singers and pianists often have insights about the music of Mozart and Schubert, to name just two composers, which can be revelatory to string players. If success at an audition depends in part on showing real understanding of the music we are playing, we must develop a view of the repertoire that transcends our own instrument.